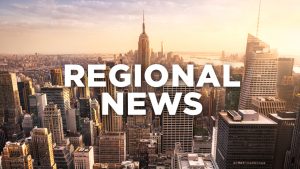 As primary contests for seats in the New York legislature play out at the polls, voters in some races are deciding who will vie to replace lawmakers who are retiring or bidding for higher office.

In the Buffalo area, two Democrats and two Republicans seek to replace Democratic Sen. Marc Panepinto. Alfred Coppola and Amber Small are the Democrats. Chris Jacobs and Kevin Stocker are the Republicans.