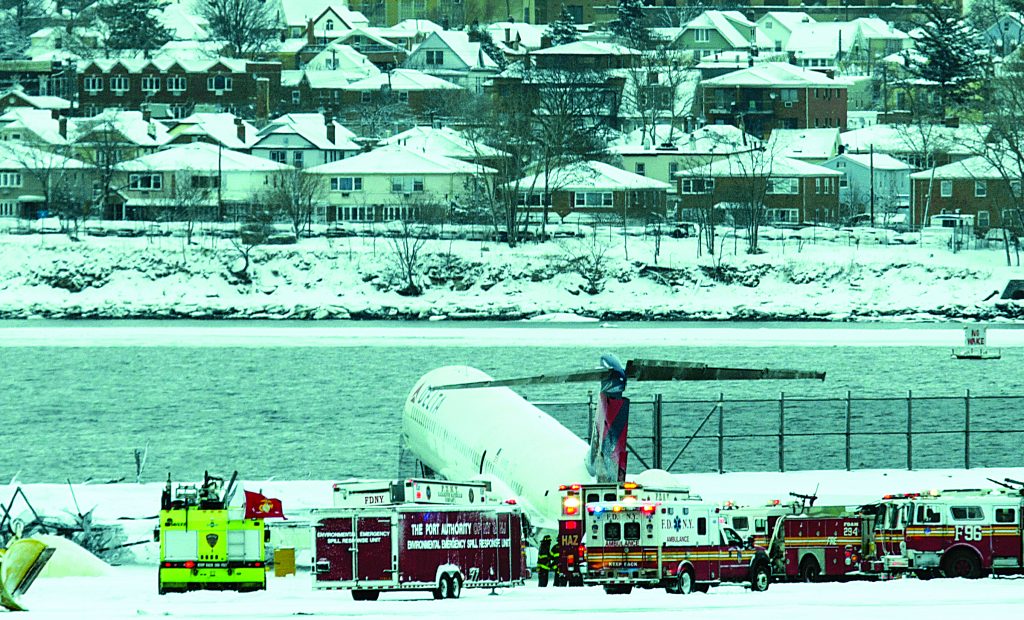 A Delta Air Lines jet skidded off a snowy runway at LaGuardia Airport last year because the pilot used too much reverse thrust and lost control of the plane’s direction, federal investigators said Tuesday.

There were no serious injuries aboard the airliner arriving from Atlanta on March 5, 2015, but National Transportation Safety Board Chairman Christopher Hart said it was “a very close call.”

The report found that the captain and first officer were unprepared for the amount of snow that was on the runway because the information that had been provided to them was not current.

The Boeing MD-88 veered left, hit a fence with its left wing and came to rest with its nose leaning perilously on a berm that separates the runway from icy Flushing Bay.

The investigators said the captain overused the reverse thrust to brake, rendering the rudder useless.

The NTSB also faulted the cabin and flight crew for failing to promptly evacuate the 127 passengers from the plane, which began leaking fuel after the wing hit the fence. It took 12 minutes before the first passengers stepped off the aircraft. The captain “did not convey a sense of urgency to evacuate the cabin,” the report said.

That was compounded by the lead flight attendant’s telling passengers that they had time to take their coats out of the overhead compartments.