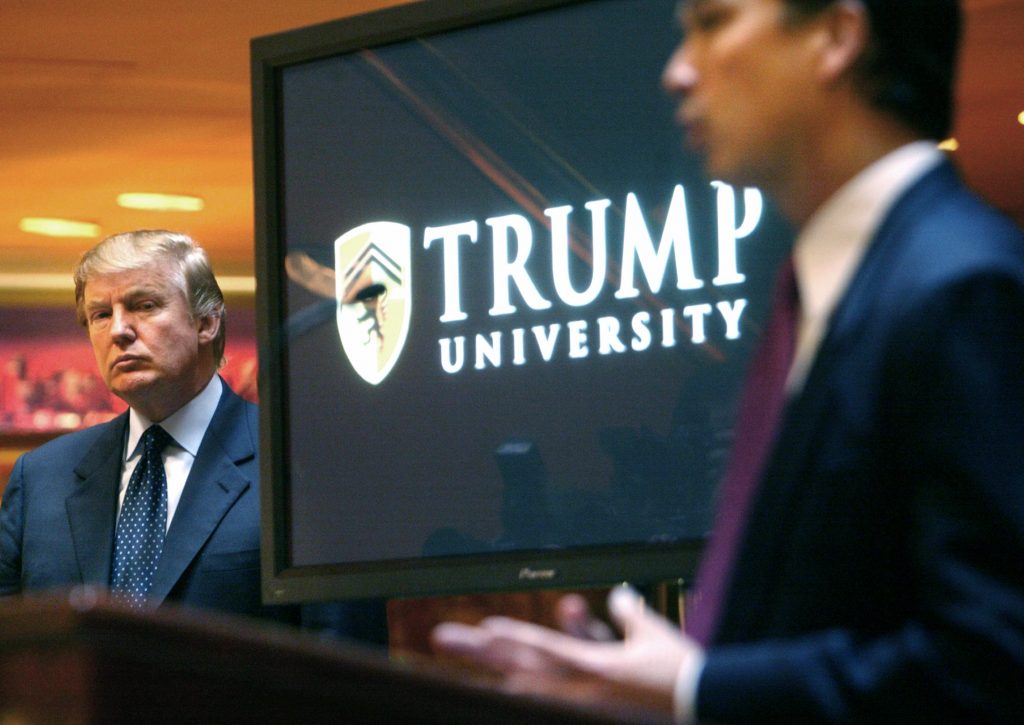 Facing the toughest stretch of her campaign, Hillary Clinton is trying to deflect attention back onto her rival Donald Trump, with a new push to highlight complaints surrounding his now-defunct Trump University, and allegations of pay-to-play involving Florida Attorney General Pam Bondi.

Clinton’s campaign is set to roll out two new online ads Tuesday. The first will feature the billionaire businessman bragging about how, in his business life, he used to give big political contributions with the expectation that he would receive favors down the line from politicians to whom he gave.

“When they call, I give. And you know what? When I need something from them, two years later, three years later, I call them. They are there for me,” he is shown saying.

Trump’s comments have received new scrutiny in light of revelations that through his foundation, he made a $25,000 donation to Bondi, now a prominent backer. The donation came just days after her office told a newspaper it was considering whether to join a proposed multi-state lawsuit against Trump University and the Trump Institute — businesses that offered real-estate seminars that scores of former students allege were get-rich-quick scams. Her office never wound up joining the suit.

Bondi’s spokesman told The Associated Press in June that she had personally solicited the donation from Trump during a 2013 phone call. But Bondi has said the timing was coincidental and Trump has said they did not discuss the suit.

A second web video features a man named Danny Williams, who paid to enroll in Trump University after experiencing a financial setback. Williams dipped into his 401K to pay $50,000 for the classes, but wound up having to short-sell his house to avoid foreclosure.

The new push by Clinton comes as she is facing one of the most difficult stretches of her campaign. At a Friday night fundraiser, she said that half of Trump’s supporters could fit in a “basket of deplorables.” She later said she was wrong to describe half of Trump’s supporters that way, but she didn’t back down from describing his campaign as largely built on prejudice and paranoia.

And on Sunday, she was captured on amateur video stumbling as she entered a car, exacerbating lingering questions about her health. Her campaign later announced she’d been diagnosed with pneumonia, and is taking it easy over the next few days.

The Trump Foundation was recently forced to pay a $2,500 IRS penalty for incorrectly reporting that the $25,000 was paid not to the pro-Bondi political group, but to a similarly named charity in Kansas that got no Trump money. Charities are barred by law from supporting political activities.