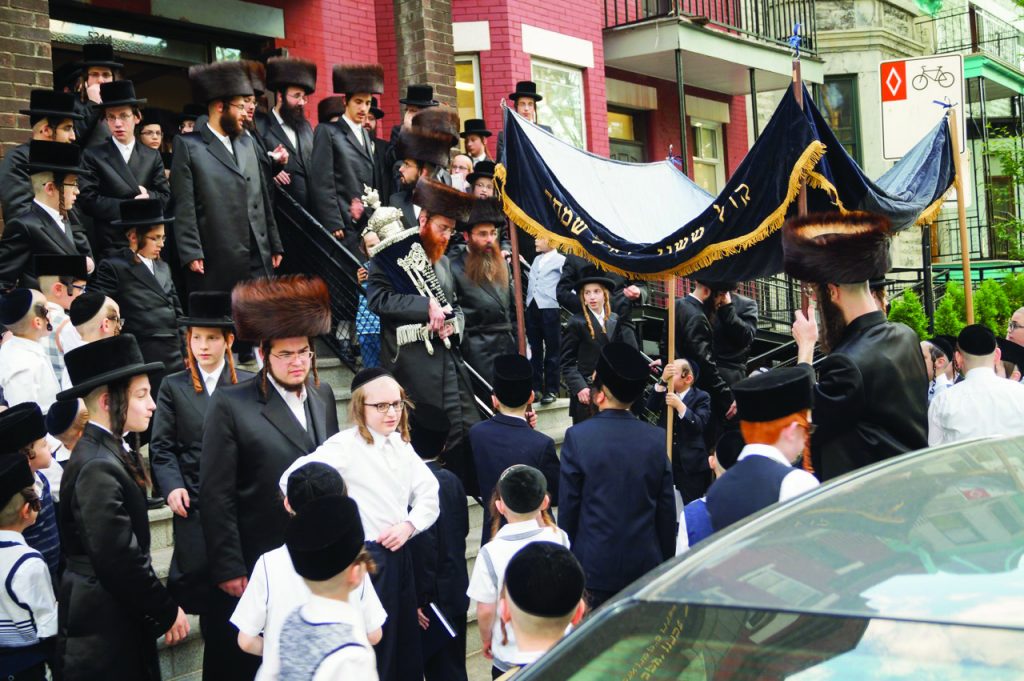 A controversial zoning law in the Montreal neighborhood of Outremont, home to a large Orthodox community, will be put to a public vote to determine whether the statute will remain on the books. If approved, the measure would effectively restrict construction of shuls or any other “houses of worship” in the borough. Many activists and observers have expressed alarm over the bylaw, identifying it as a thinly veiled attempt to limit the Orthodox community’s exponential growth in the area, despite claims by local officials that the move is intended to increase retail traffic in the borough.

The zoning restrictions were passed by Outremont’s community council this past May, but last week, activists opposing the changes were successful in obtaining enough signatures from residents to put the law up for a public referendum in November. Should a simple majority of citizens vote against the measure, it will be blocked from being enacted.

Mayer Feig is part of a team of community activists who have been heavily involved in efforts to defeat the bylaw.

“We’re going to make a major effort to get the vote out and win, but if we don’t, we are ready to fight it in the courts,” he said. “The community is growing and we are busting out of the shuls that we have. This is something that is a real need.”

Outremont is an upscale neighborhood of Montreal that is home to many of the city’s prominent political, business and cultural figures, and is mainly French-speaking. It has also grown into a center of Orthodox life. Of the borough’s 25,000 residents, one quarter of them are Orthodox, mostly Chassidim.

However, the district only contains four shuls. For some time, houses of worship have been restricted from operating on residential streets. In 1999, shortly after a permit for a shul was granted on one of the borough’s three commercial thoroughfares, Van Horne Avenue, a bylaw was passed banning other religious institutions from following suit. In 2014, after a permit was granted for another shul, on Bernard Avenue, members of the borough’s council proposed the present restriction on building on Bernard, as well as on the third street, Laurier.

Mindy Pollack is the only Orthodox member of Outremont’s five-person council. She is also the co-founder of “Friends of Hutchinson,” a group that facilitates dialogue between the Orthodox community and other residents of the district.

“I don’t believe putting shuls on commercial streets is necessarily the best solution, but we have to be able to build somewhere that is in reasonable walking distance for the families that live here,” she told Hamodia. “In other boroughs, people sat down and figured out ways to accommodate the need.”

Mrs. Pollack said that several options existed, including allowing shuls to open only on the second levels of commercial buildings, but that overtures from the community to reach a compromise have been rebuffed by her fellow council members, including Outremont’s mayor, Marie Cinq-Mars.

“Askanim offered to meet, but only one other councilor was open to the idea … [T]he mayor said clearly at a meeting, ‘We are not interested in having more synagogues in Outremont,’ so that makes her motivation pretty clear,” she said. “It’s very frustrating and unfortunate. Forcing us into this position is costly for the borough financially as well as in terms of preserving harmony in the community.”

Mayor Cinq-Mars’ office declined a request from Hamodia for comment on the issue.

In recent years, retail shopping has been hit in Outremont, part of a general trend mostly associated with increased use of the internet for purchasing. Mayor Cinq-Mars has said that she believes allowing for additional houses of worship to exist between stores will further hinder the local economy.

“They haven’t done a study; they just decided it. In reality, the street that has banned shuls already has the fewest stores on it now,” he said. “The facts that we have regarding motivation is that on two occasions, when a permit was granted for a shul, the next move was to issue a ban.”

Mrs. Pollack agreed that the borough needs to work to increase retail traffic, but said, “I don’t think that banning shuls is the first move we should be making.”

Opposition to religious institutions in general is not a new phenomenon in Quebec Province. For decades, most education and social services existed under the auspices of the Catholic Church. However, in the early 1960s, a process referred to as the “Silent Revolution” involved a mass secularization of the province. Since then, Montreal, once a largely Catholic city, has become increasingly hostile towards religion, and many of its public figures advocate a staunchly secularist ideology.

Julius Grey, a Montreal-based constitutional lawyer who is presently representing Muslim groups facing similar challenges, has followed matters in Outremont closely. He told Hamodia that fear of “people who look different” coupled with “militant secularism” has set the two communities in Outremont on their present collision course.

“This [the Outremont zoning fight] is against the backdrop of very tense relations. In a few years the Chassidim could become the majority there and some people are not very happy about that,” said Mr. Grey. “I am convinced that Outremont is not anti-Jewish … but there is a conflict between two very different worldviews.”

He said that Canadian law does permit for limits to be placed on the construction of houses of worship, but that the Supreme Court has ruled that these laws must not be “too onerous” for religious groups. Mr. Grey felt that given the inability of Orthodox Jews to drive to shuls on Shabbos and Yom Tov, the present law violates that litmus test and would be struck down by courts if challenged.

“They [supporters of the restriction] are not horrible people, but they are taking a militant ideological position,” he said. “If the parties could come to an understanding and try to accommodate the pragmatic need here, it would be much better for everyone.”