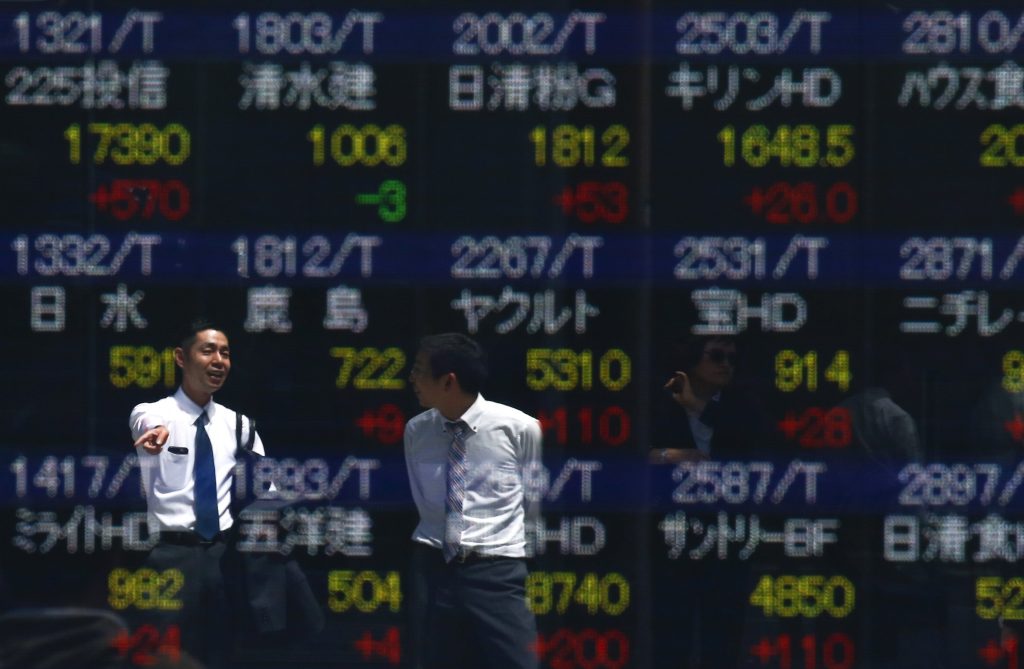 The dollar, on the other hand, nursed losses against its peers after Brainard reiterated her dovish views and warned against a rush to raise rates.

Spreadbetters expected the upswing for equities to continue in Europe, forecasting a higher open for Britain’s FTSE, Germany’s DAX and France’s CAC.

Japan’s Nikkei was up 0.3 percent.

Investors were unfazed by a run of relatively upbeat Chinese data that included industrial output, which rose a better-than-expected 6.3 percent in August, further dimming expectations of a rate cut any time soon.

While some investors had speculated that Brainard would switch over to the more hawkish camp, the Fed governor said Monday she wanted to see a stronger trend in U.S. consumer spending and evidence of rising inflation before the Fed raises rates. The comments solidified the view that the U.S. central bank would leave interest rates unchanged next week.

“We can stick with our main scenario that the Fed won’t raise rates in September. All the talk about a possible rate hike in September turned out to be noise,” said Koichi Yoshikawa, executive director of finance at Standard Chartered Bank’s Tokyo branch.

Future traders are now pricing in just a 15-percent chance of a hike at the Fed’s Sept. 20-21 policy-setting meeting, down from 21 percent earlier on Monday, according to the CME Group’s FedWatch Tool.

U.S. stocks racked up their strongest gain in two months on Monday, with the Dow rising 1.3 percent and the S&P 500 gaining 1.5 percent.

In the global bond market, the recent sharp rise in yields was halted for now after Brainard’s comments. Yields had been rising as bond prices fell in the face of perceived limits to monetary policies of major central banks such as the European Central Bank and the Bank of Japan.

The benchmark 10-year U.S. Treasury note yield stood at 1.649 percent after touching a 2½-month high of 1.697 percent earlier on Monday.

Its 10-year Japanese counterpart yielded minus 0.020 percent , nudged away from a six-month peak of minus 0.010 percent reached recently.

Crude oil prices dipped as investors sold into the previous day’s gains and on concerns over increased drilling in the United States.

Brent crude was down 0.7 percent at $47.98 a barrel after rising 0.65 percent overnight on a weaker dollar and stronger U.S. equity markets.

Meanwhile, the markets pondered political developments in the United States and their potential financial implications.

Presidential candidate Clinton almost collapsed at an event on Sunday, suffering from pneumonia, although she said on Monday she could resume campaigning in a couple of days.