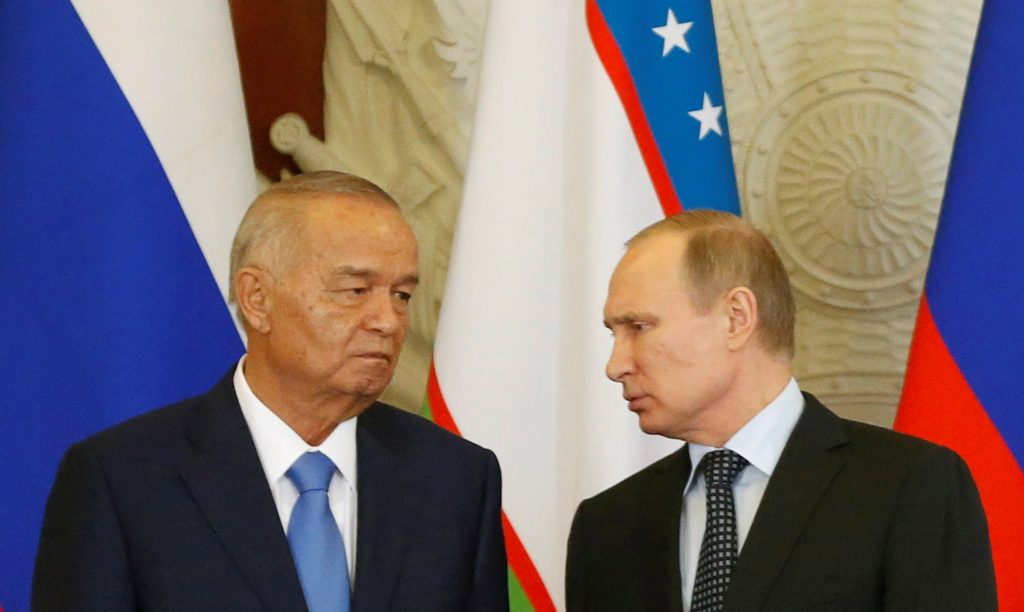 Rabbi Baruch Abramzaiov, Chief Rabbi of Uzbekistan, said in a recent interview that Uzbekistan’s Jews have no need to worry for their security after the death of the country’s longtime president Islam Karimov.

Karimov died of a stroke on Sept. 2 at the age of 78 after ruling the resource-rich Central Asian country of 32 million people for 27 years in an authoritarian manner, brooking no dissent.

Uzbekistan is to elect a new president on Dec. 4, the country’s elections authority said on Friday.

Uzbekistan has never held a vote judged free and fair by Western observers. Karimov was routinely re-elected with more than 90 percent of the vote.

Whoever takes over the Central Asian state faces a challenge to keep a lid on Islamist terrorists who have become foot soldiers in global terror groups.

Rabbi Abramzaiov said that Karimov “prepared the country well and its security forces are drilled in a case where he would no longer be around to rule.

“The president had excellent relations with the Jewish community, in part because he went to school with many of its members and had many friends from its ranks, and this situation is expected to continue,” said Rabbi Abramzaiov.

He is the only Rabbi and tends to the needs of a dwindling community of 13,000 Jews in a country that had 95,000 Jews just over two decades ago.

He noted that his only concern is for the spiritual future of the community.

“There are potential threats in the Islamic State and other radicals but Jews, as well as other minorities, receive government protection and will continue to get it,” Rabbi Abramzaiov said.

The Karimov government also imposed limitations on the Jewish community, in not allowing the community to have more than one Rabbi. The government wanted there to be only one person licensed to serve as Rabbi, and “this is very limiting” for his 8,000-member community in Tashkent, said Rabbi Abramzaiov.

The community has, unfortunately, assimilated and largely does not keep Shabbos – for lack of knowledge more than anything else, which is very hard to change with only one officiating Rabbi.

According to the Euro-Asian Jewish Congress, approximately 3,000 of Uzbekistan’s 13,000 Jews are Bukharians – an ancient Jewish community of merchants that was first documented in the 12th century in what is now Uzbekistan. The area was an important stop along the Silk Road. Bukharian Jews have large communities in Israel, New York – with a large community in Queens.