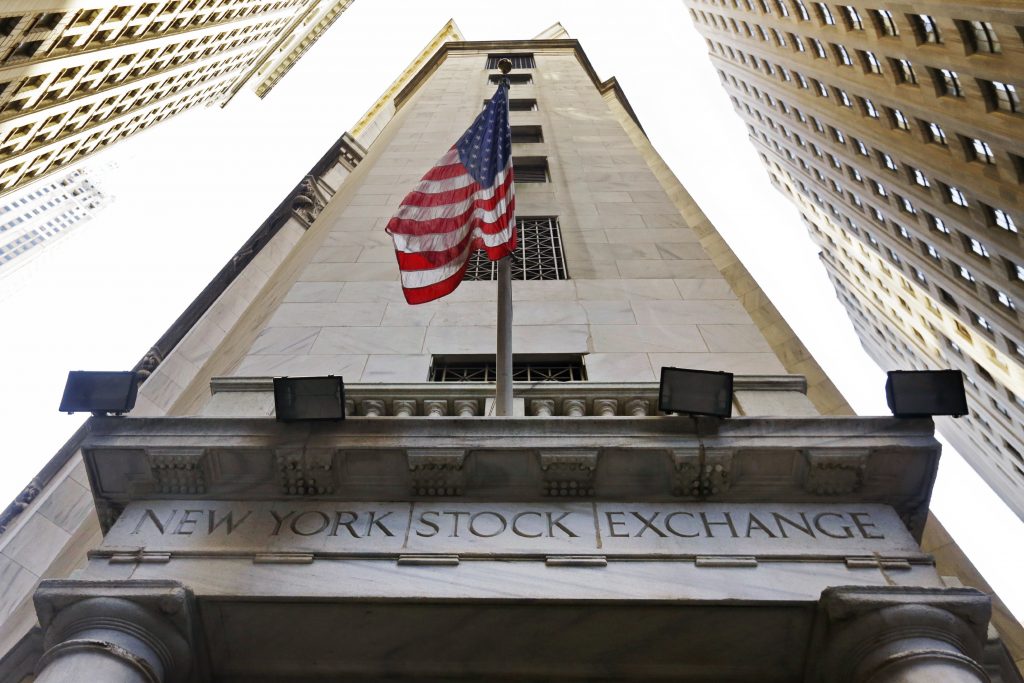 U.S. stocks are rising Monday afternoon. After a market nosedive on Friday, investors are putting money into safe-play investments like household goods makers and phone companies. Technology companies are also higher. Stock indexes overseas are slipping as investors worry about the possibility of an imminent U.S. interest rate hike.

FED FEARS: U.S. stocks plunged about 2.5 percent Friday, their biggest loss in two months, after Federal Reserve Bank of Boston President Eric Rosengren said there’s a case to be made the U.S. central bank should raise rates sooner rather than later. The Fed could raise interest rates next week, but investors aren’t sure the economy is healthy enough to handle it. The losses Friday wiped out two months of gradual gains on the market.

Rosengren’s comments drew so much attention because he is considered a “dove” who has been reluctant to raise rates too quickly. Another dove, Fed board member Lael Brainard, is scheduled to give a speech Monday, raising speculation that she, too, “will use this appearance to signal a September rate hike,” economists Kevin Cummins and Michelle Girard of the Royal Bank of Scotland, wrote in a research note Monday. Higher rates threaten stocks by making interest-paying savings accounts and bonds more attractive to investors. They could also ding corporate earnings by raising companies’ borrowing costs.

FERTILE SOIL: Canadian companies Agrium and Potash Corp. of Saskachewan agreed to combine into the world’s largest crop nutrient company. The companies value their combined business at $36 billion, and they expect the deal to close in the middle of next year. Potash shareholders will own a majority of stock in the new company. Potash stock lost 22 cents, or 1.3 percent, to $16.75 and Agruim dipped $2.57, or 2.7 percent, to $92.64.

PERRI-GOING UP: Irish drug and ingredient maker Perrigo added $4.87, or 5.5 percent, to $93.58 after the activist investment firm Starboard Value bought a 4.6-percent stake in the company. Starboard Value said Perrigo needs to make changes to its business, including boosting profit margins for some of divisions, and notes that the company’s stock hasn’t done well since Perrigo rejected an offer from Mylan NV. Perrigo said it will review Starboard’s comments.

Energy Transfer Pipeline fell $1.63, or 4.2 percent, to $37.51. On Friday a federal judge ruled that the company can build a $3.8 billion pipeline that is intended to carry oil from North Dakota to Illinois. But the federal government temporarily stopped the project and several agencies said they will reconsider some of their decisions. The Standing Rock Sioux tribe wants to stop construction of the pipeline, which comes within a mile of a reservation in southern North Dakota.