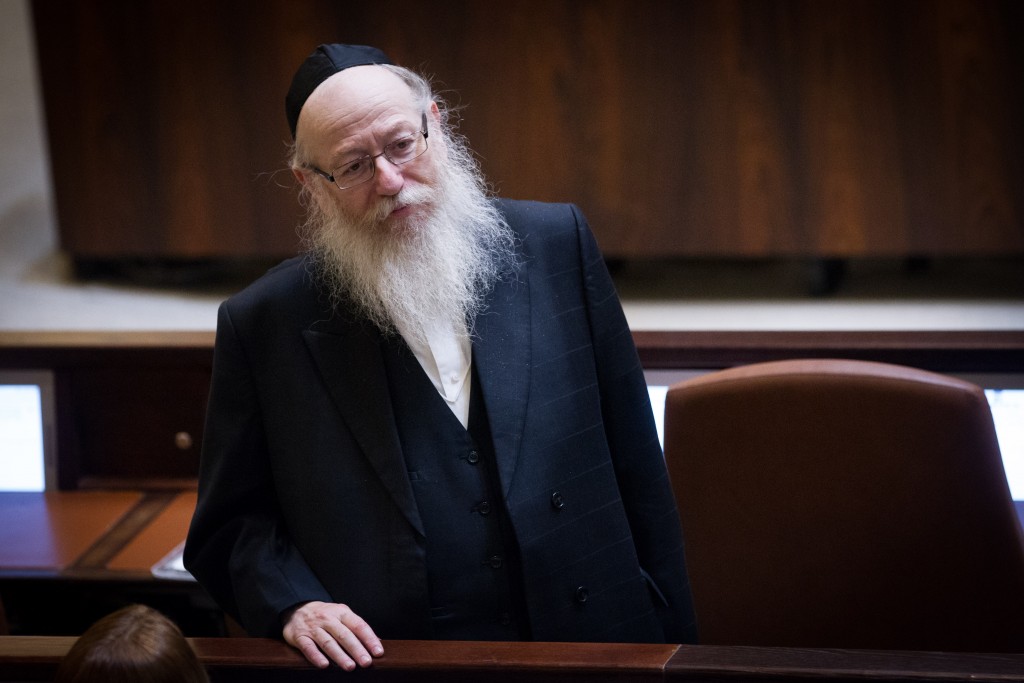 United Torah Jewry will insist on the fulfillment of all coalition agreements – to the letter, said Health Minister Rabbi Yaakov Litzman. Speaking at an event Sunday night, Rabbi Litzman said that the Moetzes Gedolei HaTorah were examining information regarding the work that was carried out on Israel Railways lines on Shabbos.

“The status quo must be kept, and coalition agreements must be adhered to,” he said. “Neither can be violated unilaterally. When we ask for something they check the coalition agreement 1,000 times to see if we are supposed to get it, we will certainly demand what we have coming regarding Shabbos.” The UTJ coalition agreement specifically mentions the preserving of status quo on religious matters as a necessity for government support.

With Labor and Welfare Minister Chaim Katz now solely in charge of issuing work permits for Shabbos – and only for work that is “absolutely required,” as he said last week – Rabbi Litzman said that information about what was done will be examined. “I can say that Israel Railways originally requested that 20 sites be allowed to work, and when questioned they immediately reduced it to 3, so obviously there was no pikuach nefesh involved.” Whether or not the other three were real necessities to be done over Shabbos will be examined, he said.

Meanwhile, the protesters who a week ago Sunday demonstrated throughout the country when Israel Railway stations in Tel Aviv were closed for a single day after Prime Minister Binyamin Netanyahu postponed work that had been scheduled for Shabbos to the next day were nowhere to be found this week, as Israel Railways announced that beginning next week, those stations would be closed not for a day, but for over a week.

Beginning on Sunday, September 19, and running through Tuesday, September 27, service will be suspended on the stations that serve central Tel Aviv. The upgrade work that is being carried out entails ripping out the existing track and replacing it, so trains cannot run. Buses will be provided to ferry passengers between the stations, the railway said.