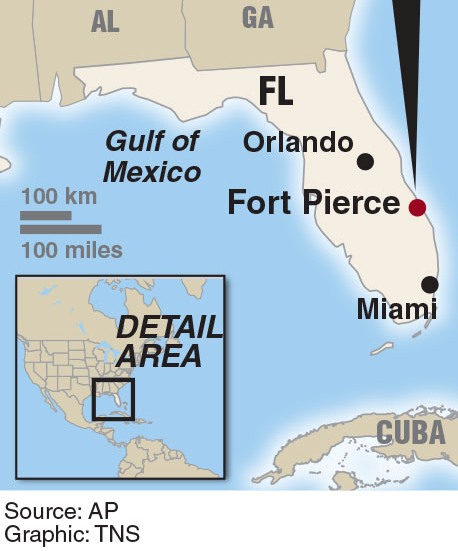 A fire that broke out early Monday at the Fort Pierce, Fla., mosque where Orlando shooter Omar Mateen worshipped is considered arson, according to investigators.

A 911 call about 12:30 a.m. alerted authorities that flames were coming out of Islamic Center of Fort Pierce.

There were no injuries reported and the extent of the damage has not yet been determined.

According to Thompson, investigators were able to find surveillance video that shows someone approaching the east side of the Islamic Center.

He said the sheriff’s office is asking the FBI and the Federal Bureau of Alcohol Tobacco and Firearms to join the investigation currently underway by local authorities and the State Fire Marshal’s Office.

Additionally, technicians are working to enhance the surveillance video so it can be released to the public in order to turn up leads in the case.

Mateen, who lived in Fort Pierce and was known to worship at the mosque, killed 49 people at an Orlando club in June, before dying in a shootout with police.

Leaders at the Islamic Center have said that since the club shooting the facility has received threats and that security had been stepped up.

Thompson said he did not know if there was any connection between the blaze and the 15th anniversary of the 9/11 attacks.

“It has been peaceful here,” he said. “We have had open and clear communication with the folks at the Islamic Center, and we have received no recent threats.

“A fire at any place of worship is alarming,” Thompson said, “regardless of the circumstances.”