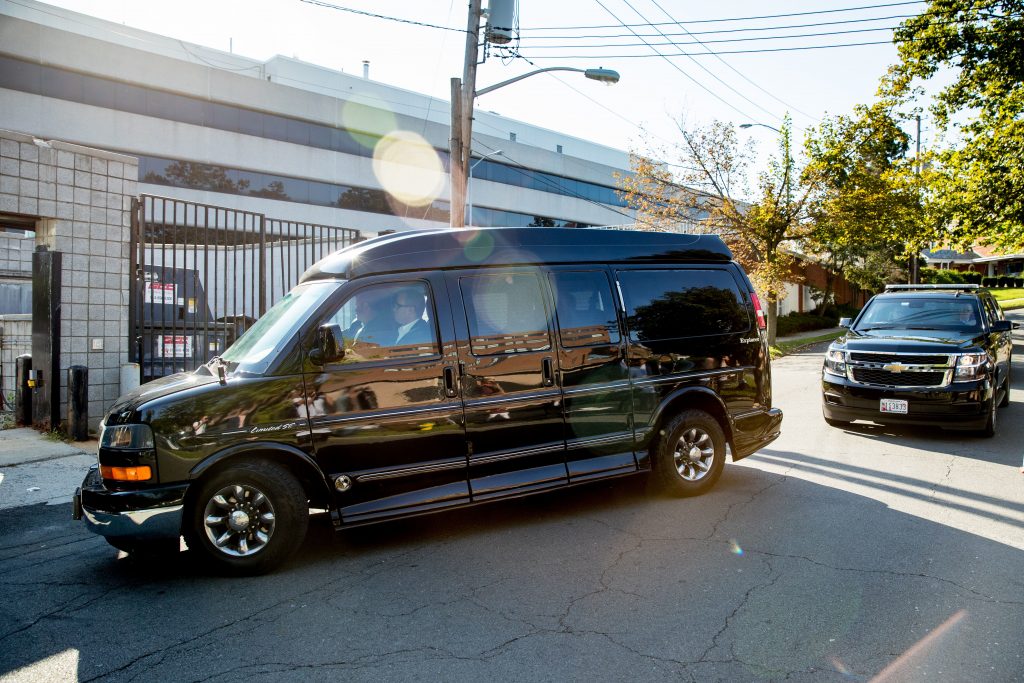 For weeks, Hillary Clinton dismissed questions about her health as little more than a conspiracy theory, part of a “wacky strategy” cooked up by rival Donald Trump as he embraced an “alternative reality.”

Those concerns are now unavoidable, made real by Clinton’s abrupt departure Sunday from a 9/11 anniversary ceremony and a video showing the Democratic nominee staggering and eventually slumping forward before being held up by three people as she was helped into a van.

The damage was compounded by the nearly eight hours of silence from Clinton and her team about the health scare, as well as the Sunday evening disclosure she had been diagnosed on Friday with pneumonia.

Clinton’s doctor said the 68-year-old former secretary of state “became overheated and dehydrated” at the 9/11 ceremony at ground zero. After an exam at her home in suburban New York, said Dr. Lisa R. Bardack, Clinton “is now rehydrated and recovering nicely.”

But fewer than two months from Election Day, it was a problematic visual for Clinton as she tries to project the strength and vigor needed for one of the world’s most demanding jobs. Late Sunday night, she called off plans to travel to California for two days of fund-raising and campaign events.

No longer can Trump’s questions about her physical stamina be summarily dismissed. The episode was also sure to fuel a vocal group of online conspiracy theorists, deemed “healthers” by some Clinton supporters, who frequently point to videos and photos of Clinton as evidence of her poor health.

The incident compounds an already difficult time for Clinton as the presidential race enters its final stretch. Despite Trump’s numerous missteps, the race remains close and many Americans view Clinton as dishonest and untrustworthy.

On Friday, Clinton told donors that “half” of rival Donald Trump’s supporters are in a “basket of deplorables” — a comment that drew sharp criticism from Republicans. Clinton later said she regretted applying that description to “half” of Trump’s backers, but stuck by her assertion that the GOP nominee has given a platform to “hateful views and voices.”

Clinton’s public day began when she arrived at the 9/11 memorial in lower Manhattan. She intended to stay until about 10:30 a.m., but left an hour earlier than planned. She’d spent about 90 minutes standing with other dignitaries in the sun on a warm and humid day.

“Hillary and I chatted for quite a while about our remembrances of 9/11 and our families,” said New York Sen. Chuck Schumer. “It was pretty hot out there, but she seemed fine to me, and left on her own accord.”

But that departure was not witnessed by the reporters who travel with her campaign. Aides provided no information about why she left or her whereabouts for nearly two hours. Clinton’s spokesman Nick Merrill eventually said Clinton had gone to her daughter’s nearby apartment, but refused to say whether the former secretary of state had required medical attention.

Clinton exited the apartment on her own shortly before noon, wearing sunglasses and carrying a handbag. She waved to reporters and said, “I’m feeling great. It’s a beautiful day in New York.”

After leaving her daughter’s home, Clinton was driven to her home in Chappaqua, New York, though it was unclear if she made a stop along the way. She made no additional public appearances.

Bardack said in the statement released Sunday evening that Clinton has had an allergy-related cough, and that during an exam on Friday, she was diagnosed with pneumonia, put on antibiotics, advised to rest and modify her schedule.

Unlike previous presidential candidates, both Clinton and Trump have opted not to travel with what’s known as the “protective pool” — a small group of journalists that follow the candidate everywhere.

The goal is to keep the public informed about their condition, whereabouts and official interactions at all times. For a president, who always travels with a protective pool, an hours-long gap without knowledge of their whereabouts could spark unrest in the financial markets and international concern.

“Protective pool isn’t always easy for either candidate or press but there comes a point for each nominee when it must be part of daily life,” former Obama administration White House press secretary Robert Gibbs wrote on social media.

Trump, who attended the same event marking the 15th anniversary of the 9/11 attacks, was noticeably restrained. Asked by a reporter about Clinton’s health incident, the billionaire businessman said: “I don’t know anything.”

Trump and his supporters have hinted at Clinton’s potential health issues for months, questioning her energy when she takes routine days off the campaign trail and reviving questions about a concussion she sustained in December 2012 after fainting. Her doctor attributed that episode to a stomach virus and dehydration.

The secrecy surrounding Clinton’s recent health was made all the more notable by doctors who said Sunday that a presidential candidate was an apt candidate for a pneumonia infection, which is commonly treated quickly and effectively with antibiotics.

Dr. William Schaffner, an infectious disease expert at Vanderbilt University, said that based on the available information, “this should not in any way impede her function going forward.”