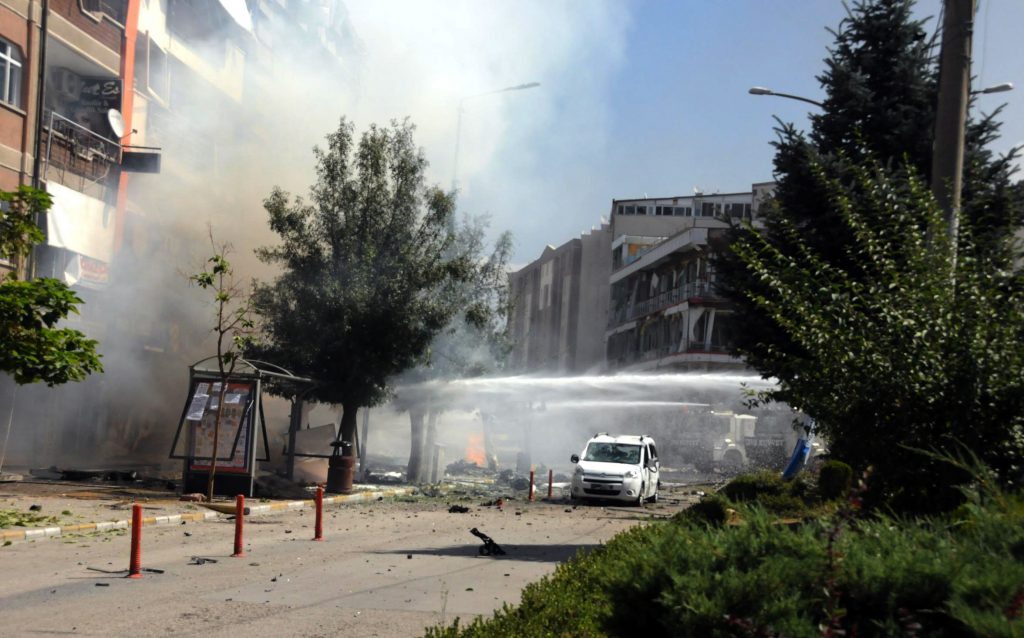 A car bombing at a police checkpoint on Monday wounded 48 people near the ruling party’s headquarters in the eastern Turkish city of Van, the governor’s office said.

The state-run Anadolu news agency quoted a statement by the governor’s office which said 46 of the wounded were civilians, and the two others were police officers.

Van Police Chief Suat Ekici earlier told Anadolu that two of the wounded were in critical condition but did not specify whether they were police officers or civilians.

The explosion occurred Monday around 10:50 a.m. local time on the first day of an Islamic holiday.

The private Dogan news agency said an explosives-laden vehicle was detonated about 650 feet from the governor’s office in a commercial district where the AKP municipal offices are located.

Turkey has suffered a string of attacks in recent months from both Kurdish terrorists linked with the outlawed Kurdistan Workers’ Party, or PKK, as well as from the Islamic State terror group, resulting in dozens of casualties.

The attack came a day after Ankara replaced 28 elected mayors with appointees, mostly in the Kurdish-dominated east of the country.