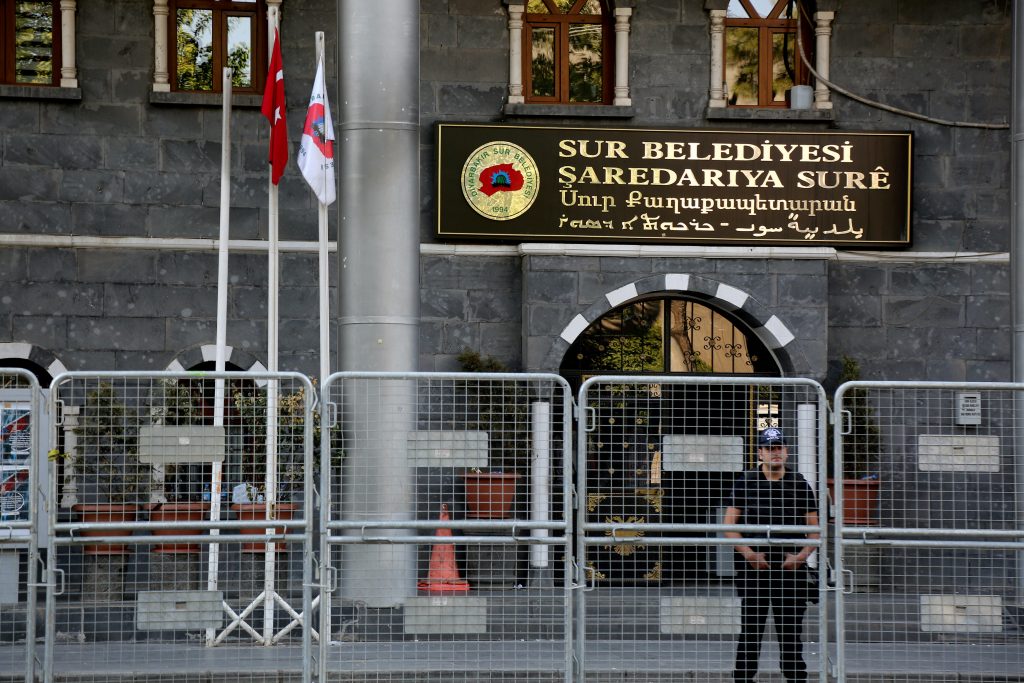 The 24 municipalities were run by local associates of the pro-Kurdish opposition Peoples’ Democratic Party (HDP), the third largest party in the national parliament, the Diyarbakir governor’s office said.

President Tayyip Erdogan said on Thursday that the campaign against the Kurdistan Workers Party (PKK) terror group, which has waged a three-decade insurgency for Kurdish autonomy, was Turkey’s largest ever and that the removal of civil servants linked to them was a key part of the fight.

The crackdown comes as Ankara also pushes ahead with a purge of tens of thousands of supporters of U.S.-based Muslim cleric Fethullah Gulen, accused by Turkey of orchestrating an attempted coup in July. Gulen denies any involvement.

The mayors of four other municipalities, three from the ruling AK Party and one from the nationalist MHP opposition, were also removed on Sunday over alleged links to Gulen.

Erdogan and the government view the HDP as an extension of the Kurdish PKK terror group. The HDP denies direct links and says it promotes a negotiated settlement to the insurgency.

There were internet and phone outages in several areas across the southeast on Sunday, local residents said, although the reason was not immediately clear.

On Friday, police detained dozens of people and used water cannons to disperse several hundred teachers demonstrating against their suspension from classrooms in the main regional city of Diyarbakir.

More than 40,000 people, most of them Kurds, have died since the PKK launched its insurgency against the Turkish state in 1984. The PKK is regarded as a terrorist organization by Turkey, the United States and the European Union.

Turkish President Tayyip Erdogan said on Sunday that Kurdish terrorists had been trying to step up their attacks since the failed coup attempt in July and that they had a clear aim of disrupting Turkey’s military operations in Syria.

He also said that Turkey had a duty to “finish off” Islamic State in Syria and prevent it from carrying out attacks in Turkey, and that the Turkish military incursion launched two and a half weeks ago was a first step in that ambition.

The strikes targeted three buildings, one vehicle and one motorbike around the Syrian town of Tel el-Hawa.