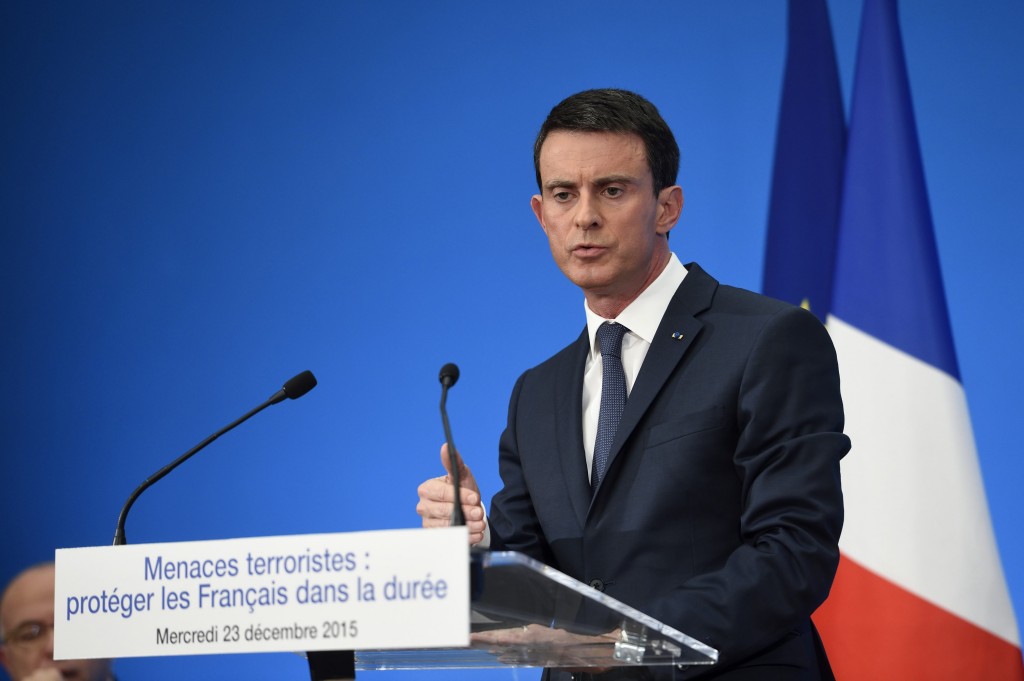 French Prime Minister Manuel Valls said on Sunday there would be new attacks in France but proposals by former president Nicolas Sarkozy to boost security was not the right way to deal with threats.

The French capital was put on high alert last week when French officials said they dismantled a “terrorist cell” that planned to attack a Paris railway station under the direction of the Islamic State terror group.

“This week at least two attacks were foiled,” Manuel Valls said in an interview with Europe 1 radio and Itele channel on Sunday.

Valls said there were 15,000 people on the radar of police and intelligent services who were in the process of being radicalized.

“There will be new attacks, there will be innocent victims… this is also my role to tell this truth to the French people,” Valls said.

“He is wrong about trying to wring the neck of the rule of law,” Valls said.

“And don’t tell me it would be Guantanamo,” Sarkozy said in the interview. “In France, any administrative confinement is subject to subsequent control by a judge.”

Guantanamo, opened by former President George W. Bush, was used to hold prisoners rounded up overseas when the United States became embroiled in wars in Afghanistan and Iraq following the Sept. 11, 2001, attacks on New York and Washington.