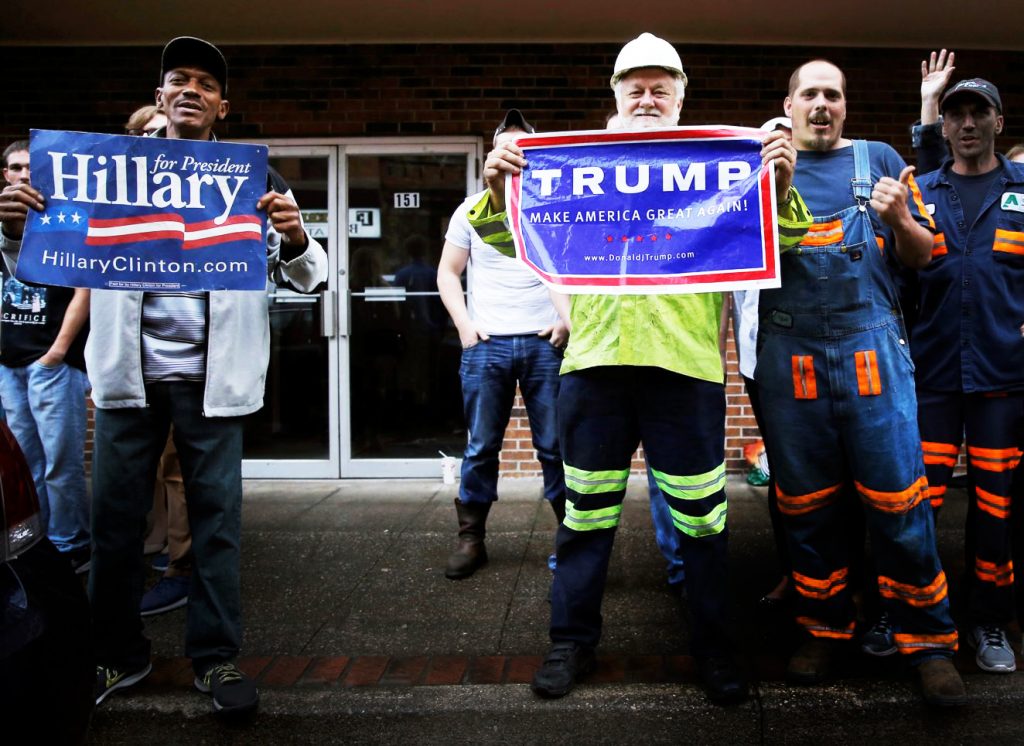 Hillary Clinton said Saturday that she was wrong to put half of Donald Trump’s supporters in a “basket of deplorables,” but didn’t back down from a description of his campaign the Republican nominee said smeared many Americans and would take a political toll.

Less than 24 hours after she made the statement at a private New York City fundraiser, Clinton said “I regret saying ‘half’ — that was wrong.” But she argued that the word “deplorable” was reasonable to describe much of Trump’s campaign.

“He has built his campaign largely on prejudice and paranoia and given a national platform to hateful views and voices, including by retweeting fringe bigots with a few dozen followers and spreading their message to 11 million people,” Clinton said.

Clinton, who has said she is the candidate to unify a divided country, made the “deplorables” comment at a fundraiser Friday night at a New York City restaurant, with about 1,000 people in attendance.

“To just be grossly generalistic, you could put half of Trump’s supporters into what I call the basket of deplorables,” she said, before stressing that other Trump supporters are frustrated and need sympathy.

Trump and his supporters quickly pounced on the remark.

“Wow, Hillary Clinton was SO INSULTING to my supporters, millions of amazing, hardworking people. I think it will cost her at the polls!” Trump wrote in a social media post.

Running mate Mike Pence, in remarks at the Values Voter conference in Washington, shot back: “The truth of the matter is that the men and women who support Donald Trump’s campaign are hardworking Americans, farmers, coal miners, teachers, veterans, members of our law enforcement community, members of every class of this country who know that we can make America great again.”

The rhetorical scuffle comes as the candidates head into the final two months of the campaign, with Trump trying to make up ground on Clinton.

While Clinton is taking heat for her comment, Trump’s brand is controversy. At a rally in Pensacola, Florida, on Friday, he said Clinton is “so protected” that “she could walk into this arena right now and shoot somebody with 20,000 people watching, right smack in the middle of the heart. And she wouldn’t be prosecuted.”

The comment was reminiscent of Trump’s January description of the loyalty of his supporters. “They say I have the most loyal people … where I could stand in the middle of Fifth Avenue and shoot somebody and I wouldn’t lose any voters, okay? It’s like incredible,” he said.

Clinton has made similar comments in the past. In an interview with Israeli media this week, Clinton said that Trump supporters are “what I call the deplorables; you know, the racists and the, you know, the haters, and the people who are drawn because they think somehow he’s going to restore an America that no longer exists.”

Clinton spokesman Nick Merrill said in a series of posts after the remarks that Clinton has been talking about the “alternative right,” or “alt-right” movement, which often is associated with efforts on the far right to preserve “white identity,” oppose multiculturalism and defend “Western values.” Merrill argued that “alt-right” leaders are supporting Trump and “their supporters appear to make up half his crowd when you observe the tone of his events.”

In her statement, Clinton said of Trump: “It’s deplorable that he’s attacked a federal judge for his ‘Mexican heritage,’ bullied a Gold Star family because of their Muslim faith, and promoted the lie that our first black president is not a true American. So I won’t stop calling out bigotry and racist rhetoric in this campaign.”

On Saturday, Clinton’s staff said she attended another fundraiser in Armonk, New York. But reporters traveling with her campaign were not allowed in and did not see her.

Comments about voters — especially at private fundraisers — have tripped up presidential hopefuls in the past.

Weeks before the 2012 election, Republican Mitt Romney landed in hot water for saying that 47 percent of the public would vote for President Barack Obama “no matter what” because they depended on government benefits and his job was “not to worry about those people.”

During the 2008 Democratic primary, then-Sen. Obama said that small-town voters “cling to guns or religion or antipathy to people who aren’t like them or anti-immigrant sentiment or anti-trade sentiment as a way to explain their frustrations.”