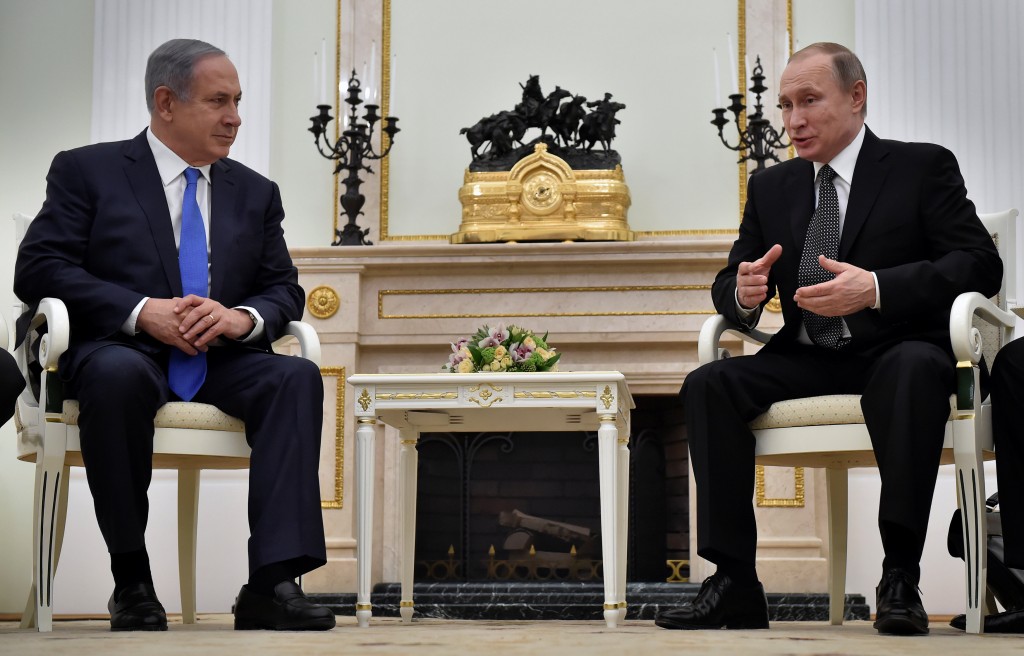 American influence over the Middle East could slip a notch after Israel and the Palestinians agreed in principle to Russian-organized talks in Moscow. That is, if the negotiations ever happen.

Russia has clamored unsuccessfully for years to host such a gathering and the Russian Foreign Ministry’s announcement on Thursday included no date or agenda for the future get-together. Making the meeting even more uncertain: Palestinian leader Mahmoud Abbas’s demands that Israel first halt all construction in the Jewish communities in east Yerushalayim and in Yehudah and Shomron, and release about two dozen Palestinian prisoners. Prime Minister Binyamin Netanyahu rejects the preconditions.

If the meeting occurs, it would surely rattle the region’s tumultuous ground further.

The United States has maintained a stranglehold over all Mideast peace processes since the Oslo Accords in the 1990s, seen by Israelis and Palestinians alike as the indispensable mediator and only power that could guarantee a two-state solution. But the Obama administration doesn’t appear to enjoy that recognition any longer.

The degradation of America’s standing coincides with its difficulty in projecting its vision across the Middle East.

In Syria, Washington has pleaded with Russia for a cease-fire even as Moscow advances the position of the Russian-backed government over U.S.-supported rebels. In the war against the Islamic State terror group, the U.S. has been unable to secure a quick victory and is challenged by fighting among allies such as Turkey and the Kurds. In Yemen, the U.S. has lost hope of ally Saudi Arabia pushing Iranian-backed Houthis out of the capital by force.

State Department spokesman Mark Toner on Thursday rejected the notion that the U.S. is losing primacy in the region. But he appeared skeptical that it was the right time for such a meeting in Moscow.

“We need to make sure that any face-to-face talks have the right climate in which to succeed,” Toner told reporters. He specifically cited Israel’s ongoing settlement activity and Palestinian glorification of violence as hindrances to a peace settlement.

Abbas has been fishing for the last couple of years for an alternative peace process, frustrated with President Barack Obama’s inability to make any progress on a peace deal. He has welcomed a new French initiative that foresees a separate Israeli-Palestinian peace conference before the year’s end, but involving more global powers like last year’s Iran nuclear diplomacy. He also wants U.N. Security Council action.

Netanyahu, too, is making a statement by tentatively accepting the overture from Russia, which has traditionally pitted itself as the strongest advocate of the Palestinians among the Quartet of Mideast peace mediators. Washington is Israel’s champion. The United Nations and European Union are somewhere in between.

Netanyahu, whose relationship with Obama has always been frosty, is fearful the U.S. president may try to initiate a new process in his last days in office, or seek to use his remaining clout to wring Israeli concessions, Western officials with knowledge of the private diplomatic discussions say.

As a result, Netanyahu has been trying to beat back any new American initiative he might see as threatening by starting a separate process first, according to the officials, who weren’t authorized to speak publicly on the matter and demanded anonymity. He has discussed a new track with Egyptian President Abdel-Fattah el-Sissi and floated different ideas to European leaders. None of these endeavors has been clearly defined.

Netanyahu “likes the idea of a counter-initiative,” said David Makovsky at the Washington Institute for Near East Policy, while Russian President Vladimir Putin gets another opportunity to “poke the U.S. in the eye.”

There have been no meaningful Israeli-Palestinian talks since Netanyahu took office in 2009. The last round broke down in 2014 after months of fruitless, primarily indirect negotiations brokered by Secretary of State John Kerry.

If a Moscow meeting takes place, the chances for substantial progress would seem slim. And that also may explain why American officials are tempering their comments.

Aaron David Miller, a former Mideast negotiator in Democratic and Republican administrations, questioned whether Putin’s peacemaking offer was serious. Nevertheless, he said in a recent opinion piece, the U.S. should let the Russian leader try.

But he said if Russia can “insert itself in the middle of the game, it would only reinforce the impression that Moscow is a key player and has exploited successfully the vacuum the Obama administration has created through what its critics charge is an abdication of leadership.”