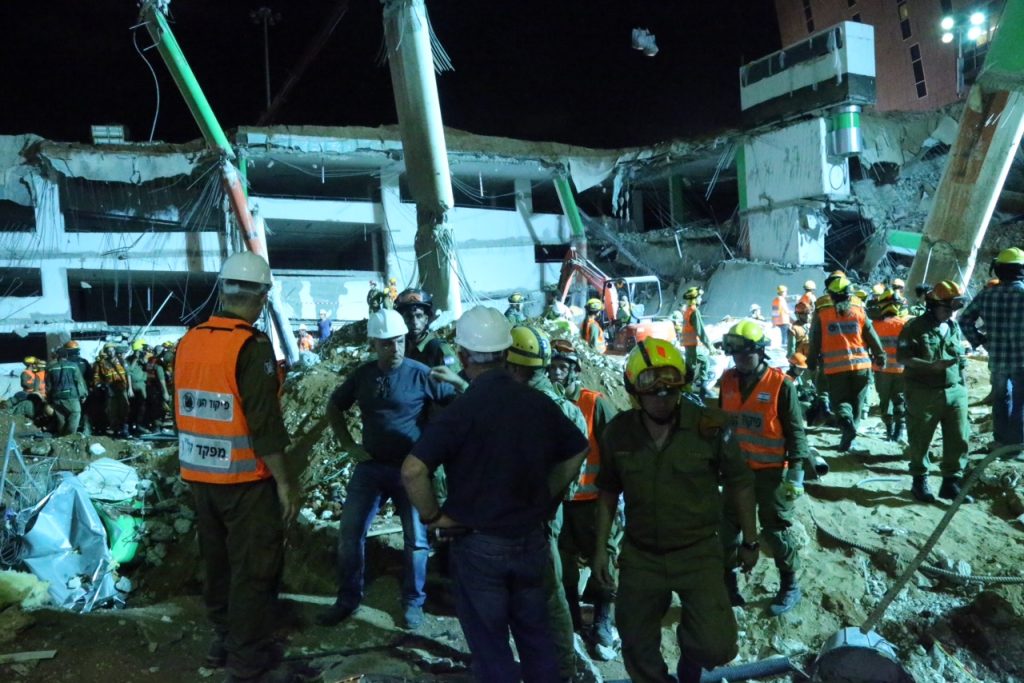 Rescue teams of the Homefront Command extricated another body in the rubble of the collapsed parking garage in Tel Aviv Friday morning. Rescue workers are working to remove and identify the body, a process that could still take several hours.

This latest confirmed fatality raised the death toll in the tragic building collapse to five, with several workers still unaccounted for.

The structure was only weeks away from operation when the entire structure collapsed on the heads of over two dozen workers and supervisors who were laboring at the site, which accounts for the large amount of rubble workers are sifting through to reach the bodies of the workers.