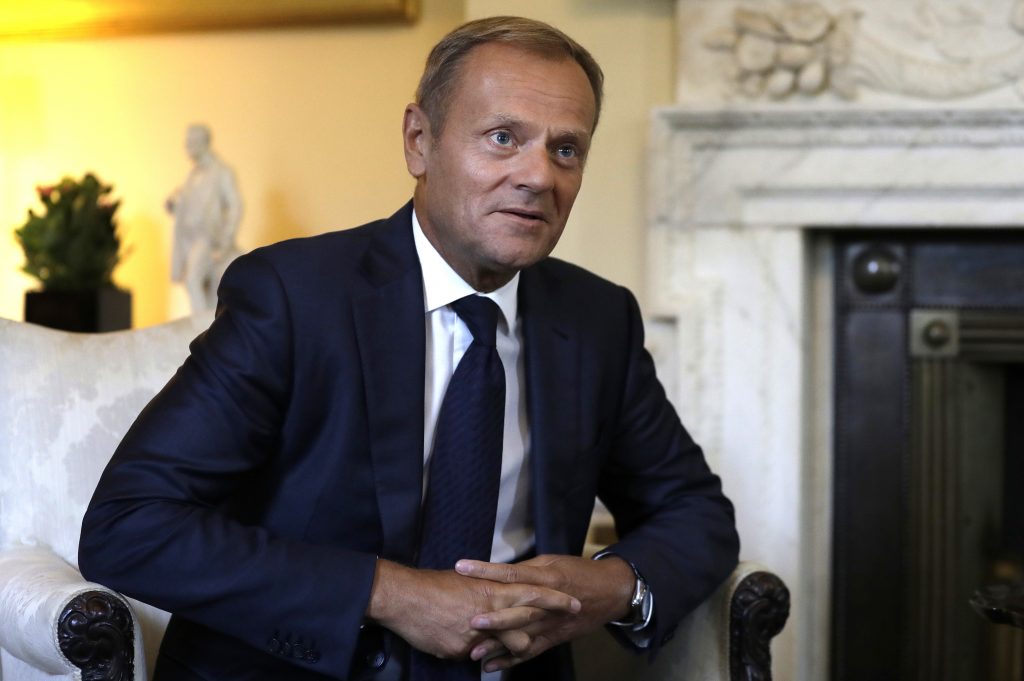 Britain should start talks to leave the European Union as soon as possible, European Council President Donald Tusk said on Thursday, adding weight to calls for Prime Minister Theresa May to get on with the formal procedure.

In London, Tusk met May for their first head-to-head meeting since Britain voted to leave the bloc in a referendum on June 23, which led to the resignation of her predecessor David Cameron. Tusk and May are keen to discuss what steps might be taken over the next few months.

May has said Britain will not trigger Article 50 of the EU’s Lisbon Treaty to start the exit procedure this year in order to give her government time to come up with a negotiating stance for the complicated talks that will shape the country’s future standing.

“Our goal [is] to establish the closest possible EU-U.K. relations. Ball in U.K. court to start negotiations. In everybody’s best interest to start ASAP [as soon as possible],” Tusk said on social media.

On Wednesday, May’s spokeswoman said the two leaders would not only talk about Britain’s exit, or Brexit, but would also discuss issues on the agenda for the October meeting of EU leaders, suggesting that Britain still plans to play a role.

May has said she will not show her hand before starting the Brexit talks, giving few details of what her government wants when it leaves the EU.

She says reducing immigration into Britain is crucial after millions of Britons expressed their frustration in the vote over what they say is the stress on schools, hospitals and housing from high numbers of people settling in the country.

But May, a former interior minister who was in charge of the ruling Conservative Party’s immigration policy, also says she wants the best trade deal for Britain, refusing to say whether the country will remain in the EU’s lucrative single market.

Trade Minister Liam Fox suggested that Britain was moving forward with plans to develop ties with countries outside the EU, telling parliament that the government had set up a working group with India.