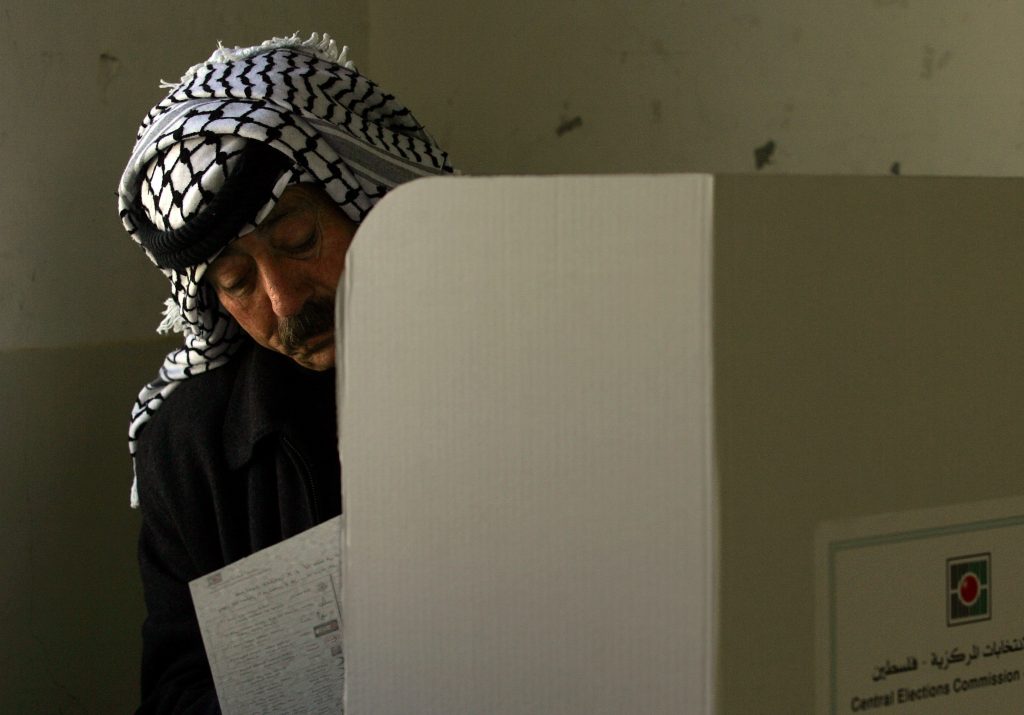 The Palestinian high court on Thursday postponed municipal elections that had been set for next month, putting on hold what would have been the first real test of political support for archrivals Hamas and Fatah in a decade.

The court decided to postpone the vote in Yehudah, Shomron and the Gaza Strip until at least Dec. 21, when it is to hear two appeals, according to the Fatah website and the court official, who spoke on condition of anonymity because the detailed decision had not yet been published.

The Oct. 8 vote would have been the first contest at the ballot box between Fatah and archrival Hamas, an Islamic terror group, since their territorial split in 2007. At the time, Hamas seized the Gaza Strip, leaving the Western-backed Abbas with autonomous enclaves in Yehudah and Shomron.

Since then, repeated reconciliation attempts failed while both sides deepened control over their respective territories. Hamas sat out the last municipal elections in 2012, but apparently took Abbas by surprise when it agreed to participate in this year’s vote.

In all, Palestinians were to choose 425 mayors and local councils, including 25 in Gaza.

Signs of trouble began emerging last week, when Hamas-controlled courts in Gaza disqualified four Fatah-backed slates of candidates. Five more lists were disqualified this week, meaning Fatah would have been unable to compete in nine of the 25 races.

Fatah protested against the exclusion of its lists, arguing that the judiciary system in Gaza is illegal and the challenges against the lists are meant to sabotage the elections.