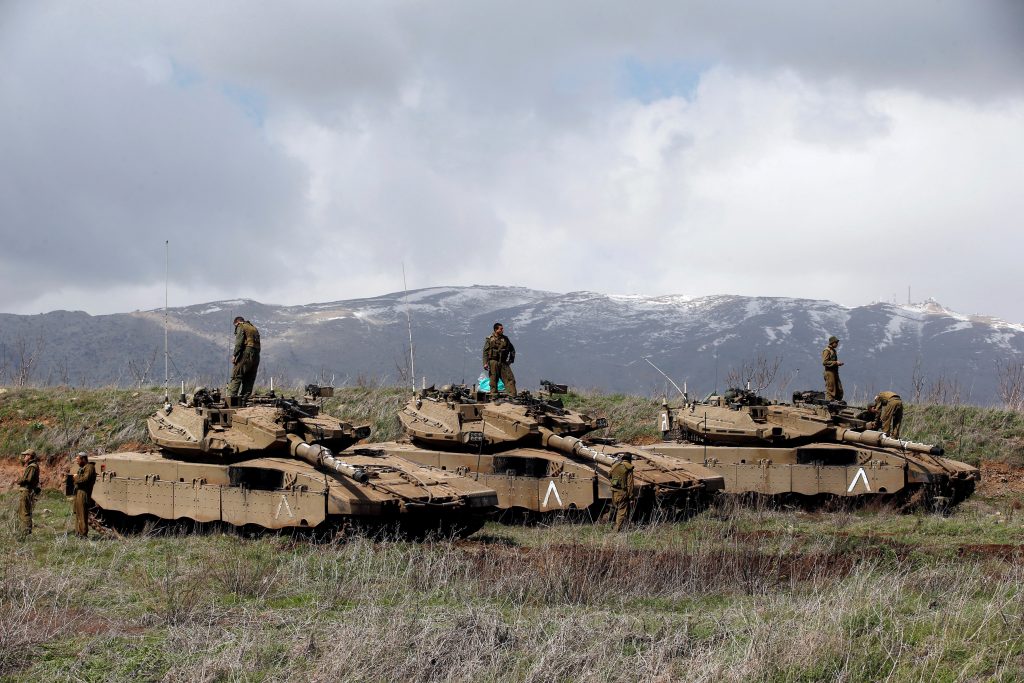 IDF forces struck in the northern Golan Heights early Thursday, for the second time in five days, after a shell fired from Syrian territory fell on the Israeli side of the border. The Israeli fire was directed at groups associated with the Syrian military, who are believed to have been responsible for the shelling on the Israeli side. No casualties from the shell fire were reported.

An IDF spokesperson said that the Syrian shell may have been fired at Israel in error, missing its mark as warring factions in Syria attacked each other with missiles and bullets. Regardless, the spokesperson said, “Israel sees the Syrian government as responsible for what happens in its territory, and we will not tolerate attempts to compromise Israel’s sovereignty and security.”

The area is close to where fighting in the Syrian civil war is taking place. Israel has responded similarly in the past when there has been an overspill of fire into its territory.

The previous retaliation for errant fire was on Sunday when Israeli aircraft struck Syrian positions. Israel has largely remained on the sidelines of the war in neighboring Syria.

Also Wednesday night, Hamas fired 12 rockets at the Mediterranean, as it tested what appeared to be an upgrade to its missile firing capacity. The missiles were reportedly fired from the area of Gush Katif, where a decade ago the Israeli government removed some 10,000 Jews.

Overnight Wednesday, security officials said they arrested 10 wanted security suspects in Yehudah and Shomron. The suspects were wanted for participating in rioting and throwing stones and firebombs that endangered Israeli civilians and IDF soldiers. Several of the suspects were also charged with belonging to Hamas. All were being questioned on their activities by security forces.