Israel Contractor: Tel Aviv Collapse Does Not Appear to Be Result of Negligence
Israel 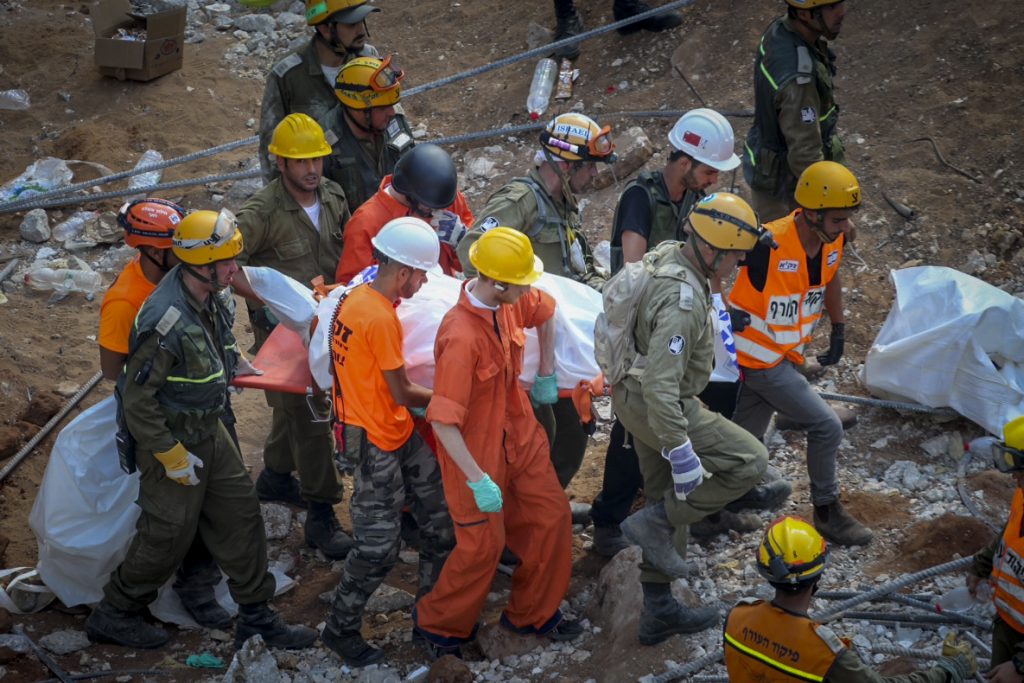 At a hearing of the Knesset Labor Committee Thursday, Ronen Ginzburg, chairman of the Dania Sebus construction firm, expressed regret over the death and injuries Monday that resulted from the collapse of a parking structure in Tel Aviv, but said that as far as the company can tell from its initial investigation, the collapse was not the result of negligence.

“This is not a work safety issue,” he said. “We are doing everything we can to work with investigators and to find out what really happened. There are accidents and mishaps all the time, the main thing is to ensure that workers get home safely.”

The hearing took place as hundreds of Homefront Security officers and Border Guards were still digging through rubble – over 15 feet deep in some places – to find the last missing individuals in the tragedy that saw four people confirmed as dead and over 20 injured, some of them badly, in the collapse Monday. The structure was just weeks away from operation when a crane crashed down on its lower level, toppling the entire structure on the heads of over two dozen workers and supervisors who were laboring at the site, which accounts for the large amount of rubble workers must sift through.

On Wednesday, the names of three of the victims of the collapse were released: Oleg Ya’akobov, 60, of Tel Aviv; Ahad Alhajaj, 34, from the Arab village of Beit Rima; and Dennis Diachenko, 28, a Ukrainian citizen.

At Thursday’s session, MKs asked Ginzburg to recount how the company responded upon hearing of the incident Sunday. Ginzburg said that “we rushed down to the site to see what could be done, and the next morning we had a staff meeting and halted work at all our construction sites, pending a report that each was totally safe.”

Regarding comments that have been made in recent days that the structure collapsed due to design flaws, Ginzburg said that it was not his firm that had designed the building. “In most of the projects we work on we are just the contractors, following a plan that is provided us. We have now requested an independent engineering opinion regarding the collapsed structure from the country’s largest engineering firm.” However, he added, the original plan had been approved and signed off on by licensed engineers, and there was no reason for the company to question it.

Speaking at the hearing, a police official said that an investigation was ongoing, but refused to disclose details. According to the spokesperson, police are considering setting up an investigative unit that will be charged with examining safety at construction sites. “Clearly this is a public safety issue, but experience has shown that collecting evidence and information under these circumstances is difficult,” the spokesperson said, which is why a dedicated staff may be needed.