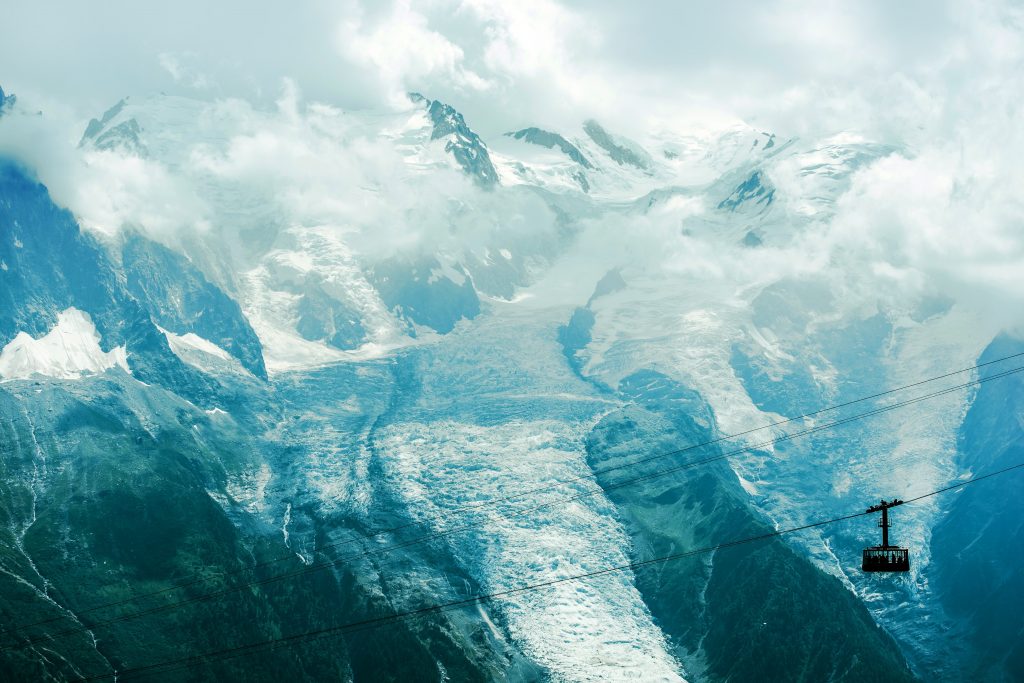 A series of cable cars stopped working at high altitude over the Mont Blanc massif in the Alps on Thursday, prompting a major rescue operation and leaving 45 people trapped in mid-air overnight, France’s interior minister said.

Four helicopters were deployed after 110 people became stuck when the cable cars stalled because of a “technical incident,” Interior Minister Bernard Cazeneuve said. He said the helicopters rescued 65 people before the efforts were suspended for the night because of rough flight conditions.

First aid workers were transported to the site and will be spending the night in the cable cars with those who are trapped, Cazeneuve said. Rescuers provided blankets, food and water.

A local police official, who spoke on condition of anonymity because he wasn’t authorized to speak the media, said that the incident happened in “late afternoon” in the panoramic Vallee Blanche Cable Car that rises to an altitude of 3,778 meters (12,395 feet).

Chamonix Mayor Eric Fournier said earlier in day that “there’s nothing fundamentally to fear” adding, on BFM-TV, that Italian authorities were helping with the rescue.

They offer spectacular up-close views of Western Europe’s tallest mountains, glaciers and steep valleys deep below. The Vallee Blanche Cable Car is operated in the summer season, when large numbers of climbers and tourists converge on the area.

Another series of cable cars takes skiers and visitors to the peak of the Aiguille de Midi year-round.