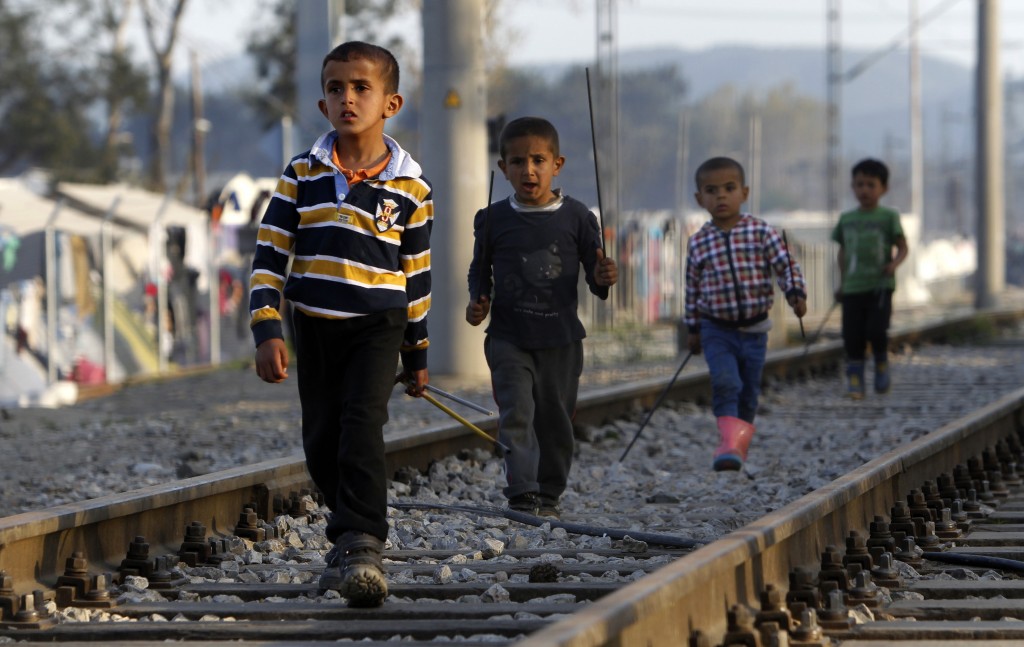 Some 28 million children around the globe have been driven from their homes by violent conflict, with nearly as many abandoning their homes in search of a better life, according to a UNICEF report released Tuesday.

The report found that while children make up about a third of the world’s population as of 2015, they accounted for nearly half of all refugees, with the number of child refugees having doubled in the last decade.

“What’s important is that these children on the move are children. And they should be treated as children,” said Ted Chaiban, UNICEF Director of Programs in Geneva. “They deserve to be protected. They need access to services, such as education.”

According to the report, there were 10 million child refugees and one million child asylum-seekers, whose status had not yet been determined. The remaining 17 million children displaced by conflict remained within their home countries’ borders.

The report said 45 percent of the children refugees came from just two countries: Syria and Afghanistan.

Increasingly, these children are traveling alone, with 100,000 unaccompanied minors applying for asylum in 78 countries in 2015, three times the number in 2014, the report found. Because these children often lack documents, they are especially vulnerable.

The report estimates another 20 million children are migrants, driven from their homes by poverty and gang violence among other things.

Refugee and migrant children face a host of risks including drowning during sea crossings, malnourishment, dehydration, kidnapping and murder. When they arrive in other countries they often face discrimination and xenophobia, the report stated.

“The world hears the stories of child refugees one child at a time and the world is able to bring support to that child, but when we talk about millions it provokes incredible outrage and underscores the need to address the growing problem,” said Emily Garin, the report’s author.

Entitled, “Uprooted: The growing crisis for refugee and migrant children,” the report calls on the international community to provide protection, education and health services to these children and asks governments to address the root causes contributing to the large-scale movements of refugees and migrants.