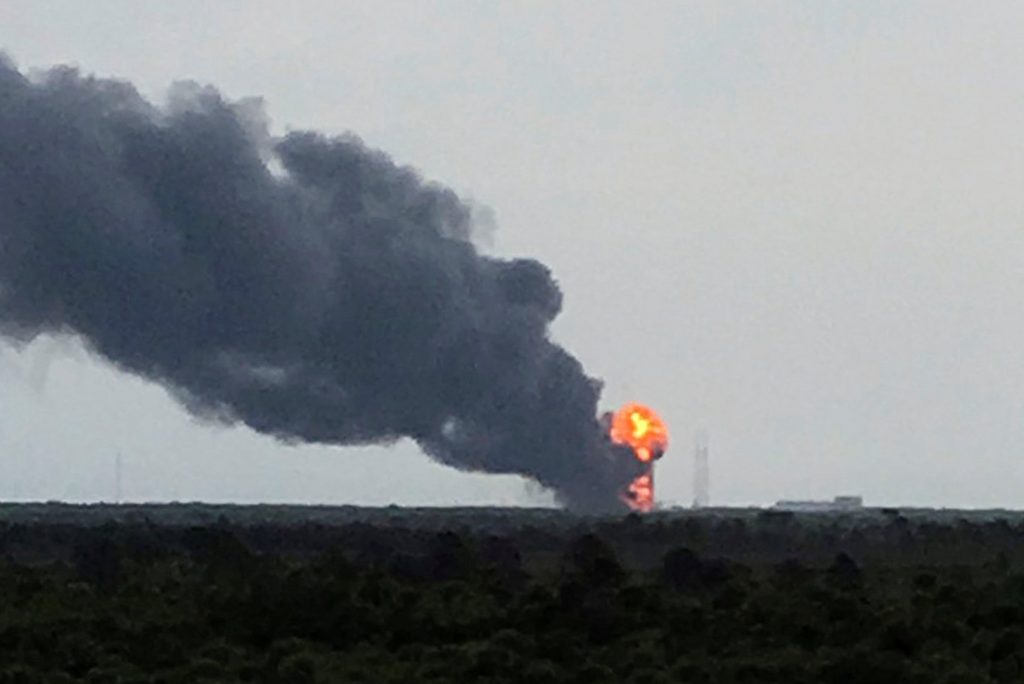 The chief executive of Israeli satellite operator Space Communication Ltd said on Tuesday he wants to see “several safe flights” from SpaceX before using Elon Musk’s space firm again to launch one of his company’s satellites.

In an interview with Reuters, Spacecom CEO David Pollack also said he does not know what caused the explosion last Thursday that destroyed a SpaceX Falcon 9 rocket along with his company’s $200 million Amos-6 communications satellite.

The cause of the explosion is under investigation by SpaceX and agencies of the U.S. government overseen by the Federal Aviation Administration.

“They have not yet discussed with us what they found,” Pollack said, referring to SpaceX. “I don’t believe that there is even the slightest chance that (the problem) was coming from the satellite … but still nothing can be ignored. They have to look at everything.”

Spacecom said on Sunday that SpaceX owes it $50 million, or a free launch, as a result of the explosion.

Asked what SpaceX had to do to give him confidence to use the company again, Pollack replied: “I don’t know how many, but several safe flights.”

Pollack said Spacecom does not have a satellite it could put aboard a launcher soon.

“We don’t have a satellite, so I believe until we are ready to fly they will have some safe flights,” he said. “In principle, I think that Falcon 9 is a nice launcher.”

The explosion occurred as SpaceX was fueling a Falcon 9 rocket on a launch pad in Florida in preparation for a test-firing of the booster’s first-stage engines. No one was hurt in the explosion. SpaceX said it was not yet releasing images or details about launch pad damage.

“We don’t disclose contract or insurance terms,” SpaceX said in an emailed statement on Sunday.

Pollack said he was watching television on a JetBlue flight from New York to Orlando and saw images of the accident.

“I saw the smoke after the explosion, but the Cape is a big place. It took a little bit until I realized it was us,” Pollack said.

The loss of the Amos-6 satellite, which Spacecom had intended to operate for at least 15 years, is presenting the company with financial and operational challenges, Pollack said.

Pollack said Spacecom was not insured for revenue that would have been generated from Amos-6 leases to companies.

The company said it expects to receive money from an insurance policy purchased by satellite builder Israel Aerospace Industries to pay off bonds sold to finance the satellite.

Pollack said he is looking at options to buy services on other companies’ satellites to fill the gap until an Amos-6 replacement can be built and launched.

It also is continuing negotiations with Beijing Xinwei Technology Group Co Ltd, which had planned to acquire Spacecom in a deal valued at $285 million pending the successful launch and operation of the Amos-6 satellite.