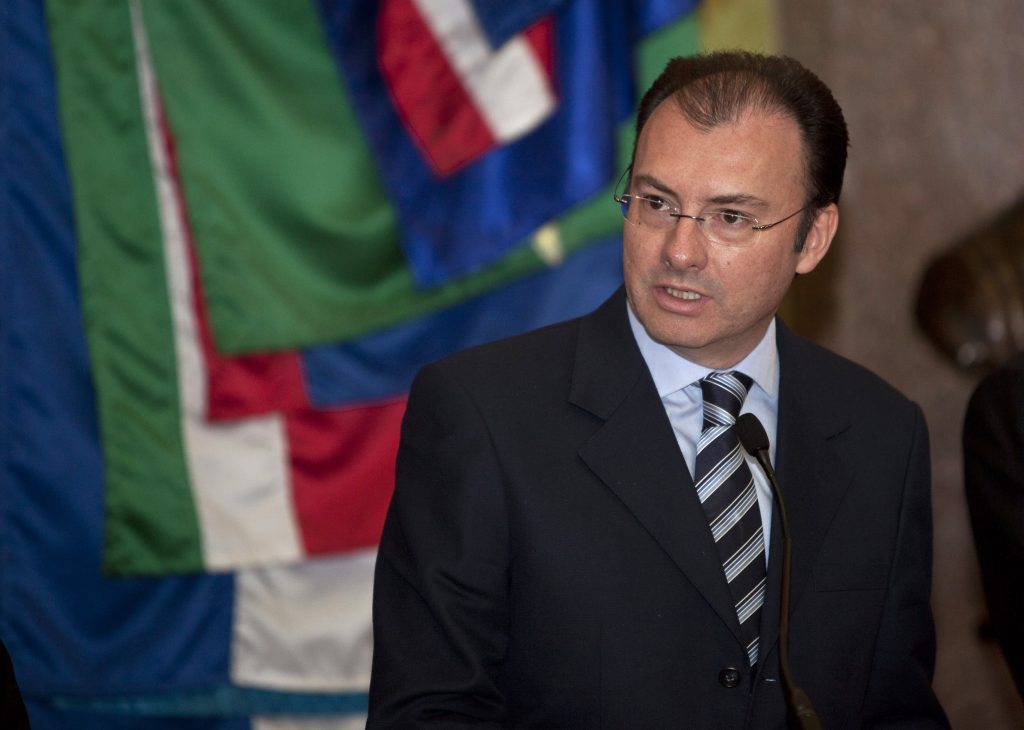 Algorri gave no reason for the resignation, but it comes in the wake of Pena Nieto’s widely criticized meeting with the Republican presidential candidate in the Mexican capital last week. Many Mexicans have complained that the president was poorly advised by the people around him for inviting him. He also has been ridiculed for not confronting Trump more directly over Trump calling Mexican immigrants criminals, and over his vows to build a border wall and force Mexico to pay for it.

The wall proposal has been criticized widely and fiercely in Mexico.

Speaking at a town hall late Thursday where he fielded questions from young people, Pena Nieto sought to defend his decision to invite Trump to visit.

He said the easier path would have been to “cross my arms” and do nothing in response to Trump’s “affronts, insults and humiliations,” but he believed it necessary to open a “space for dialogue” to stress the importance of the U.S.-Mexico relationship.

“What is a fact is that in the face of candidate Trump’s postures and positions, which clearly represent a threat to the future of Mexico, it was necessary to talk,” Pena Nieto said hours after his annual state-of-the-nation report was delivered to congress. “It was necessary to make him feel and know why Mexico does not accept his positions.”

He acknowledged Mexicans’ “enormous indignation” over Trump’s presence in the country and repeated that he told him in person Mexico would in no way pay for the proposed border wall.

Pena Nieto came under fire for not responding to Trump’s mention of the wall during a joint news conference on Aug. 31, something he has since sought to correct.

A day later, Trump tweeted that Mexico would pay for the wall. Pena Nieto fired back his own tweet saying that would “never” happen.