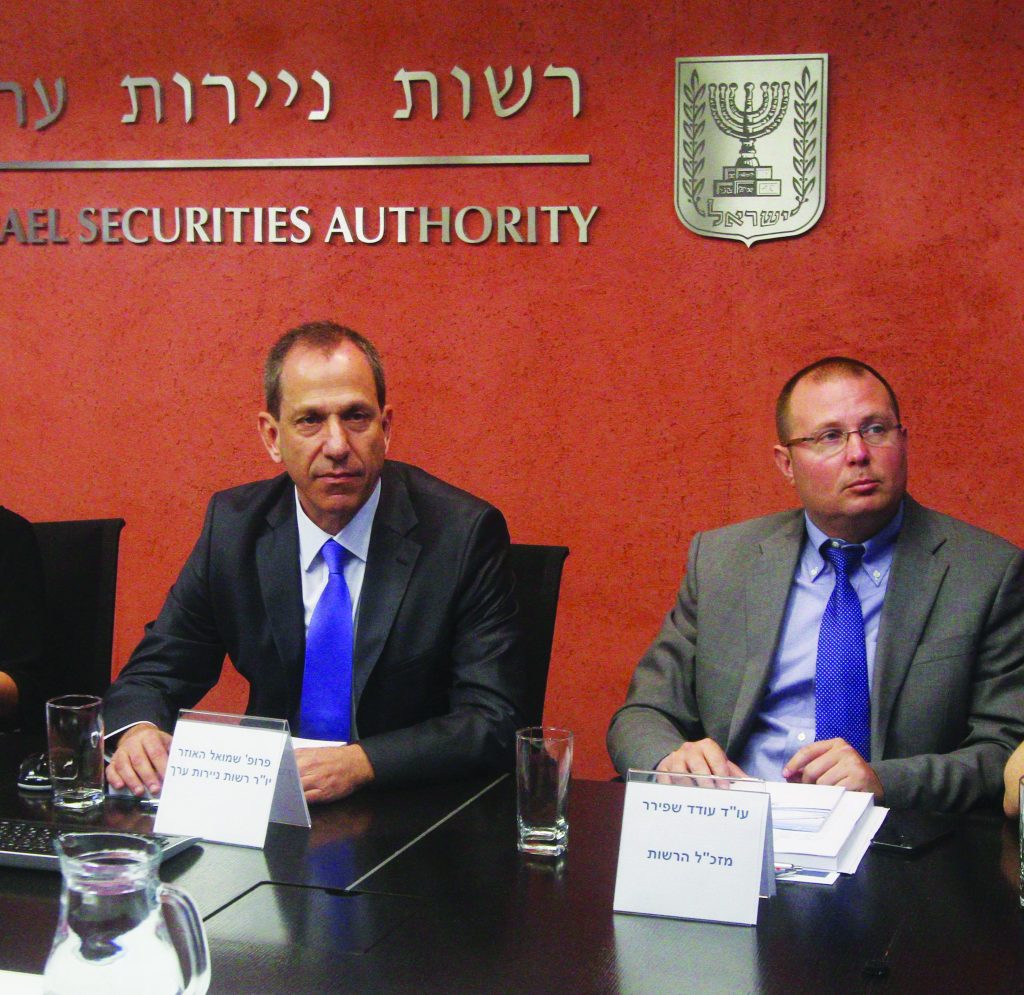 Israel Securities Authority (ISA) Chairman Professor Shmuel Hauser has announced that he intends to create a supervisory mechanism that will prevent advertising of fraudulent investment schemes whose sole goal is to draw “investors” from the lower middle class, primarily from the chareidi sector. These schemes are deceptively presented and ultimately, the investors lose their money.

“I am very concerned about the existing situation, where people turn to the chareidi sector in order to raise money for various and sundry investments, presenting all kinds of promises that have no cover with illusory yields,” he says.

Hauser held a briefing on the subject in light of the sharp rise in the number of investment opportunities being advertised for the chareidi sector, and many cases where chareidi families invested their money in dubious schemes and lost it all. The ISA has reached the conclusion that something must be done about this. “It’s pikuach nefesh for entire families. A family that loses all its money can hardly subsist. People become sick from it, physically and emotionally,” Hauser said.

How will this be done? Senior ISA officials said they plan to increase oversight on advertisements in the media that present themselves as chareidi, in an effort to examine each investment opportunity. As part of the examination, one question that will be evaluated is whether the investment is going to be under the supervision of the ISA — which it should be by law. When the response to that is positive, the ISA promises to research the proposals and to obligate close oversight by the ISA, and that the plan adhere to its strict standards.

With that, the ISA notes, the most effective method is still increased awareness by the public, in an effort to be careful about investments that are not supervised and to complain to the ISA in cases where there is reasonable suspicion of deceit. “The swindlers take advantage of the lack of awareness and bilk many families. Therefore, it is critical for the public to know to be careful.”

Professor Hauser notes that “as of now, the chareidi public is ‘easy prey’ for all kinds of swindlers.” He adds that several swindlers deceived innocent investors in the general public, but they had to stop their activities after their actions were widely reported in the media. What’s surprising is that they did not stop their “business” and instead began working in the chareidi sector, where they were warmly welcomed.…

The general rule regarding investments is “if it looks too good — it’s suspicious.” The ISA adds that “investing essentially has risks. Investment in unsupervised plans increases that danger manifold. Therefore, it’s very important to check with the ISA before investing, and to use one’s common sense when hearing about promises for illusory yields. If it looks too good to be true, it probably is, and it’s likely a scam.”

Hauser also spoke about the risks in the commerce industry: “The commerce arenas … in binary options and the like can sometimes serve as a cover for unscrupulous activity, which burns the money of orphans and widows, of innocent savers and retirees. That is why we’ve decided to make some order in this area once and for all. Today, out of 21 companies that submitted requests to receive licenses, only eight remain, and the process is expected to end soon. We examine the companies’ applications, their reliability, their equity, who are the people behind them and more. The objective is that only upstanding companies should be able to work on behalf of investors.”

Hauser then cautioned, “Even after we finish the licensing process, investments are not for everyone and do carry a high risk. The companies are an inverse side to the deal that the client carries out, which means that when the client loses, the company profits, and the opposite. And that’s why they are different than investing in the stock market.”

“Additionally, this past March we decided to ban companies from marketing binary options in Israel because the mechanism is more similar to gambling than financial investments. I repeat, and this cannot be said too many times: Be careful, don’t be tempted to invest without checking that it’s a supervised company, and don’t be tempted to follow something that seems very attractive, presented as high yields with no risks.”