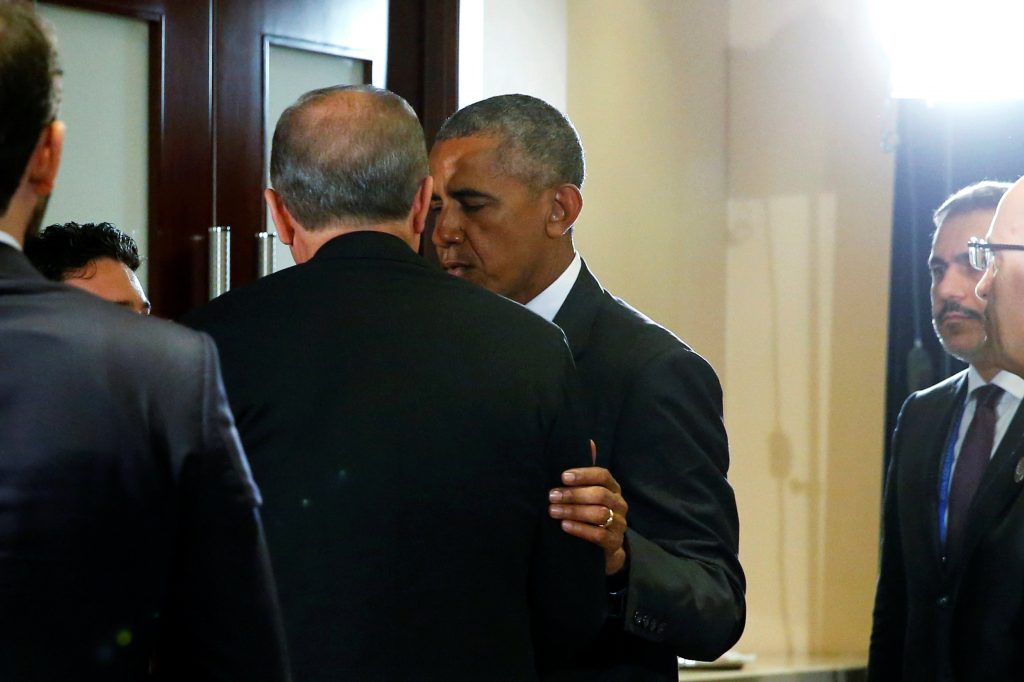 Ankara would not object, Erdogan said.

Turkey, which is battling a Kurdish insurgency at home, launched an incursion into northern Syria last month with the stated aims of clearing Islamic State from its border and preventing the Kurdish YPG militia expanding into new territory.

Ankara now wants international support for an operation to take control of a rectangle of territory stretching about 25 miles into Syria, creating a buffer between two Kurdish-held cantons to the east and west and against Islamic State to the south.

Speaking to reporters on his plane back from the G20 summit in China on Monday, Erdogan said Turkey’s military was ready to join any offensive on Raqqa, Islamic State’s de facto capital.

“Obama wants to do some things together concerning Raqqa in particular,” Erdogan said in comments published by Hurriyet newspaper, following meetings in China with Obama, Russian President Vladimir Putin and other world leaders.

“We stated that would not be a problem from our perspective. We said, ‘Let our soldiers come together, whatever is necessary will be done,'” Erdogan said.

Any Turkish role would be have to be determined in further talks, he said.

Daesh is another term for Islamic State, while the PYD is the political wing of Syrian YPG militia, which Ankara says is an extension of Turkey’s outlawed PKK Kurdish terror group.

Turkey’s branding of PYD and YPG as terrorist groups have put it at odds with Washington, which sees the YPG as a valuable and effective ally in its fight against Islamic State in Syria.

YPG fighters and its allies, with U.S. backing, have seized chunks of territory from the jihadists. The U.S.-backed Syrian Democratic Forces (SDF) coalition, which includes the YPG, seized the Syrian city of Manbij from Islamic State. The Pentagon expects that the group will help capture Raqqa.