News of two deals in the energy sector also helped send those stocks higher as traders anticipated that more consolidation could follow. Spectra Energy agreed to be acquired for $28 billion and Yates Petroleum said it would be bought for $2.3 billion.

“What’s driving the stocks today is a view that some consolidation might take some costs out and drive up profits,” said Jim McDonald, chief investment strategist for Northern Trust.

Investors were once again getting their hopes up for an agreement among oil producing countries to reduce output and mitigate a supply glut that has knocked oil prices lower. 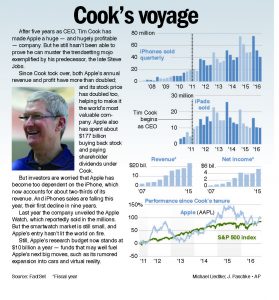 On Tuesday Iran’s oil minister said his country would support an effort by OPEC to stabilize the oil market. Because Iran is boosting its oil production after years of sanctions, it has opposed efforts to limit oil production.

Oil prices didn’t change much on the day. Benchmark U.S. crude oil added 39 cents to $44.83 a barrel in New York. Brent crude, the benchmark for international oil prices, lost 37 cents to $47.26 a barrel in London.

The market wobbled in the morning after a survey was released showing a sharp slowdown in the U.S. service sector last month. That helped send shares of consumer companies and banks lower. It also sent prices for precious metals, bonds, and high-yielding utility and phone company stocks higher. 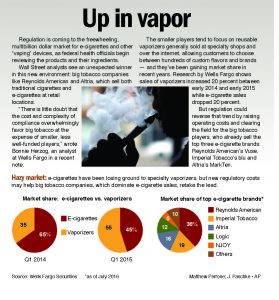 “Just when people think the U.S. economy is starting to regain some strength, you get hit with a report like this,” McDonald said.

Some of the biggest gains went to utility and phone companies, traditional safe-play stocks. Investors also snapped up government bonds, sending prices higher and yields lower. That echoed a pattern seen when the market was plunging early this year. AES added 61 cents, or 5 percent, to $12.84 and NextEra Energy rose $2.16, or 1.8 percent, to $125.29.

Bus, truck and engine maker Navistar surged after it announced an investment from a unit of Volkswagen. The companies are also creating a joint venture that will help source parts for each of them, and they will share technology. Navistar rose $5.72, or 40.7 percent, to $19.79, far above the $15.76 a share Volkswagen Truck & Bus is paying. Rival engine maker Cummins lost $9.22, or 7.3 percent, to $116.94.