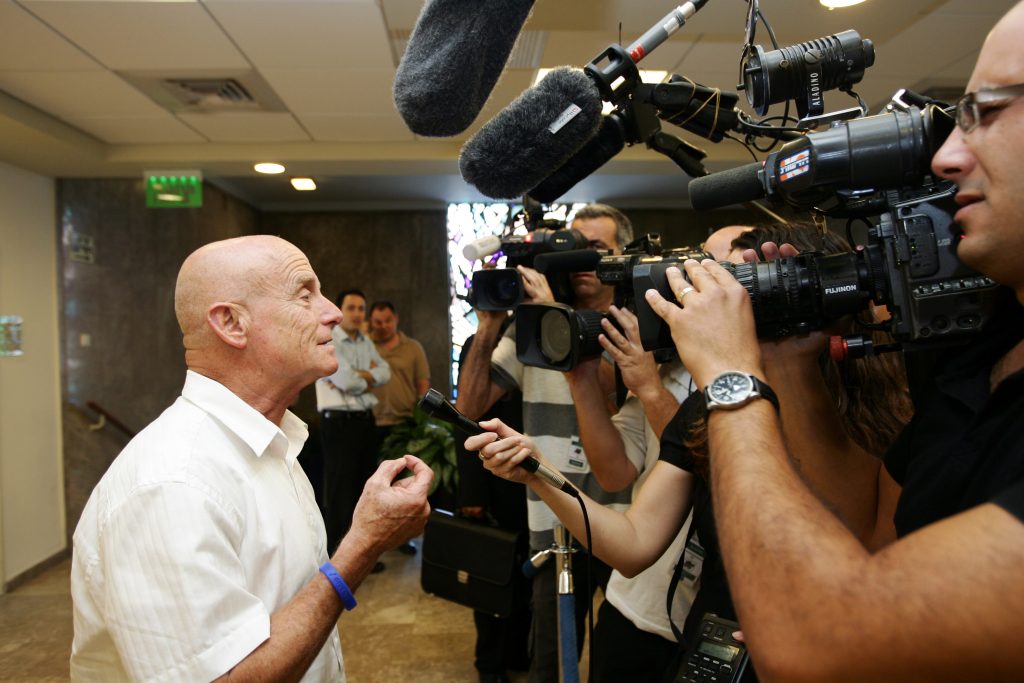 A group of former Israeli politicians, security officials, artists and social activists on Monday urged the government to hold a national referendum on the future of the Palestinians.

The group launched the campaign ahead of the 50th anniversary next year of the 1967 Mideast war, in which Israel captured Yehudah and Shomron, eastern Yerushalayim and the Gaza Strip.

The Israeli group, calling itself “Decision at 50,” is led by prominent figures in Israel’s so-called peace camp, which believes an Israeli withdrawal from disputed areas is essential for the country’s survival.

They believe that establishment of a Palestinian state will ensure Israel’s future as a democracy with a solid Jewish majority. The alternative, they say, is a “binational” state in which Israel either risks losing its Jewish majority or ruling over millions of disenfranchised Palestinians.

The group’s founders include Ami Ayalon, a former head of the Shin Bet internal security agency, Amram Mitzna, a retired general, and Gilead Sher, who was a peace negotiator under former Prime Minister Ehud Barak.

The group said it sent a letter to Prime Minister Binyamin Netanyahu asking to hold the referendum. Netanyahu himself has endorsed the idea of a Palestinian state. But peace efforts have remained frozen throughout most of his seven-year tenure amid wide gaps with the Palestinians over all major issues.