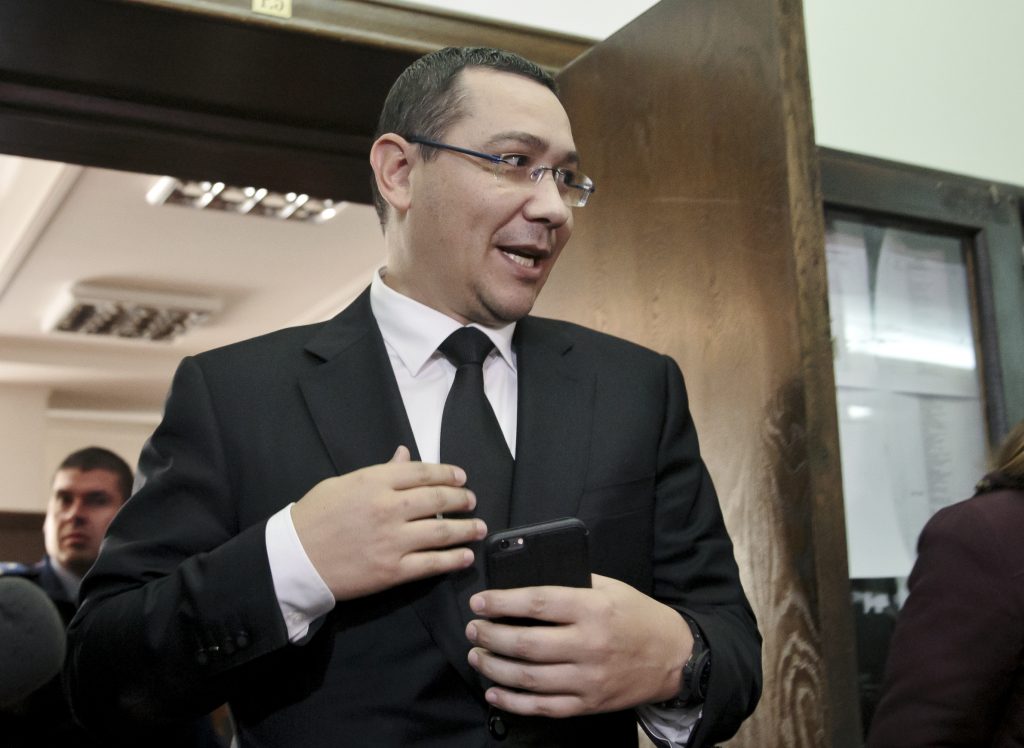 Prosecutors didn’t identify the prominent visitor. But Sebastian Ghita, a businessman who was questioned Tuesday, told the Mediafax news agency that the probe focused on a visit by former British Prime Minister Tony Blair.

Prosecutors also questioned Ponta on Tuesday. They claim he misused his authority as leader of the Social Democratic Party to persuade Ghita to spend 220,000 euros ($246,000) on Blair’s trip for electoral purposes ahead of parliamentary elections.

They said Ponta arranged the visit so it looked like it was initiated and organized by non-political groups and that he benefited from press coverage of the visit.

In exchange for sponsoring the visit, Ponta, who was prime minister from 2012 to 2015, allegedly promoted the businessman within the party to help him win a parliamentary seat and a four-year term in the Chamber of Deputies. Ponta and Ghita both deny wrongdoing.

Prosecutors’ spokeswoman Livia Saplacan said the foreign visitor is not being probed for any wrongdoing.

Blair visited Romania in March 2012 and gave a keynote speech on the future of Europe.

His office said he was invited to the country by the Multimedia Foundation for Local Democracy and that the fee he received for the speech was passed in its entirety to Blair’s charities.

Ponta is being probed on suspicion of using his authority to obtain money, goods or other improper benefits and being an accomplice to money laundering.

Prosecutors put Ponta under judicial control on Tuesday, meaning he has to report to prosecutors, needs to get permission to leave the country, cannot talk publicly about the probe or make public comments about prosecutors.

In another case, Ponta is currently on trial for corruption-related charges stemming from work he did as a lawyer from 2007–2008. He denies wrongdoing.