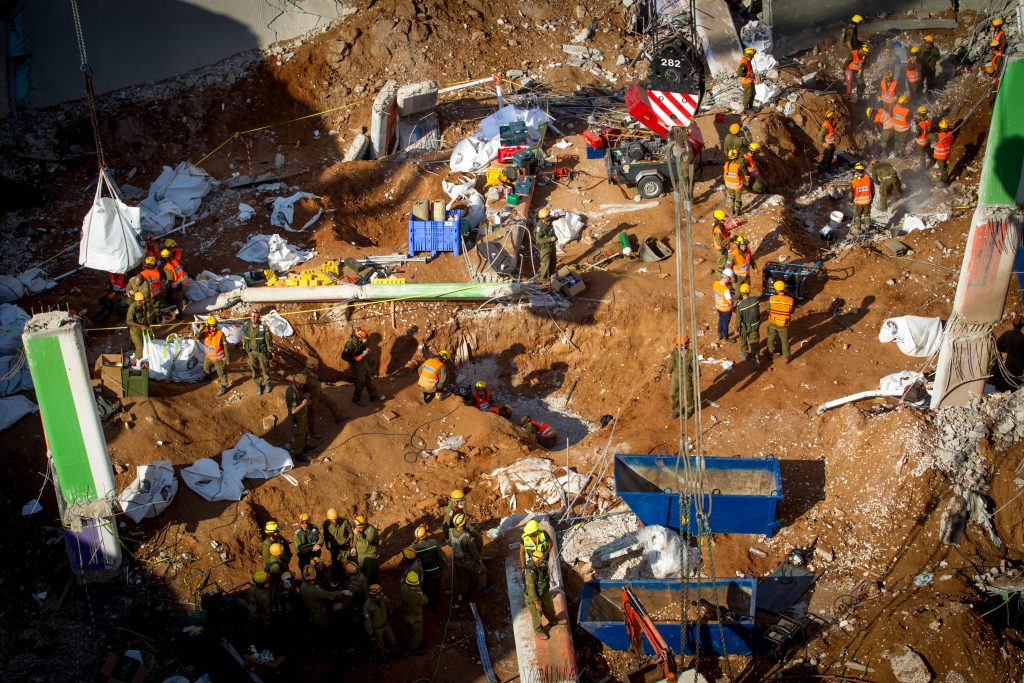 The death toll in Monday’s parking lot collapse in the Ramat Hachayal neighborhood of Tel Aviv rose to four Tuesday, after search and rescue workers digging through the rubble retrieved the body of another victim killed in the accident.

IDF search-and-rescue troops and other emergency personnel are still trying to locate several other construction workers believed to be trapped under the rubble. The search goes on despite fading hopes that any survivors will still be found alive.

While most of the 24 injured at the site have been released from the hospital, suffering from superficial wounds, some suffered serious injuries, including one man with severe head trauma.