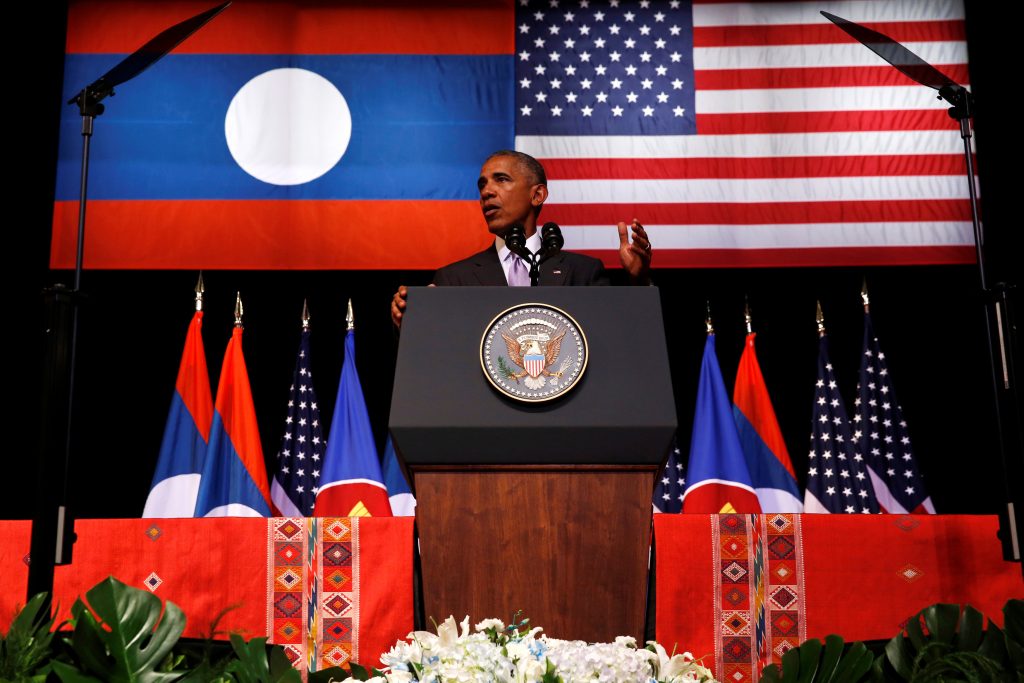 The United States announced on Tuesday it would provide an additional $90 million over the next three years to help Laos, heavily bombed during the Vietnam War, clear unexploded ordnance (UXO) that has killed or injured more than 20,000 people.

The figure announced during President Barack Obama’s first visit to Laos is close to the $100 million the United States has spent in the past 20 years on clearing its UXO in Laos.

From 1964 to 1973, U.S. warplanes dropped more than 270 million cluster munitions on the communist country, one-third of which did not explode, the Lao National Regulatory Authority for UXO says.

Obama became the first U.S. president to visit Laos when he arrived in the once-isolated country on Monday to attend two regional summits, half a century after America’s “secret war” left Laos with the unfortunate distinction of being the most heavily bombed country, per capita, in history.

The White House said in a statement that U.S. programs in Laos had helped slash UXO casualties from 300 to less than 50 a year and the additional funding would be used for a “comprehensive UXO survey of Laos and for continued clearing operations.”

“The United States is helping Laos clear unexploded ordnance, which poses a threat to people and hampers economic development,” it said. The package would help support UXO victims needing rehabilitation, including orthotics and prosthetics, it added.

Obama, in a speech on Tuesday in the capital, Vientiane, addressed the secret war.

“As a result of that conflict many people fled or were driven from their homes,” Obama said. “At the time America did not acknowledge its role.”

“I believe the United States has a moral obligation to help Laos heal.”

UXO remains a stubborn problem in the region and experts say it could take decades to clear landmines and bombs in Laos, Cambodia and Vietnam, which were beset by conflicts in the 1960s and 1970s, and in Cambodia’s case, in the 1980s and 1990s too.

In the central Laos province of Xieng Khouang, the area most heavily bombed by U.S. aircraft during the war in neighboring Vietnam, there is a trail of devastation.

About 80 percent of the people of landlocked Laos rely on agriculture, but some of the land is simply too dangerous to farm.

Approximately a quarter of its villages are contaminated with unexploded ordnance, says the British-based Mines Advisory Group, which helps find and destroy the bombs.

On Wednesday, Obama is expected to visit an organization in Vientiane that works with those disabled by unexploded ordnance, the Cooperative Orthotic and Prosthetic Enterprise Visitor Center.