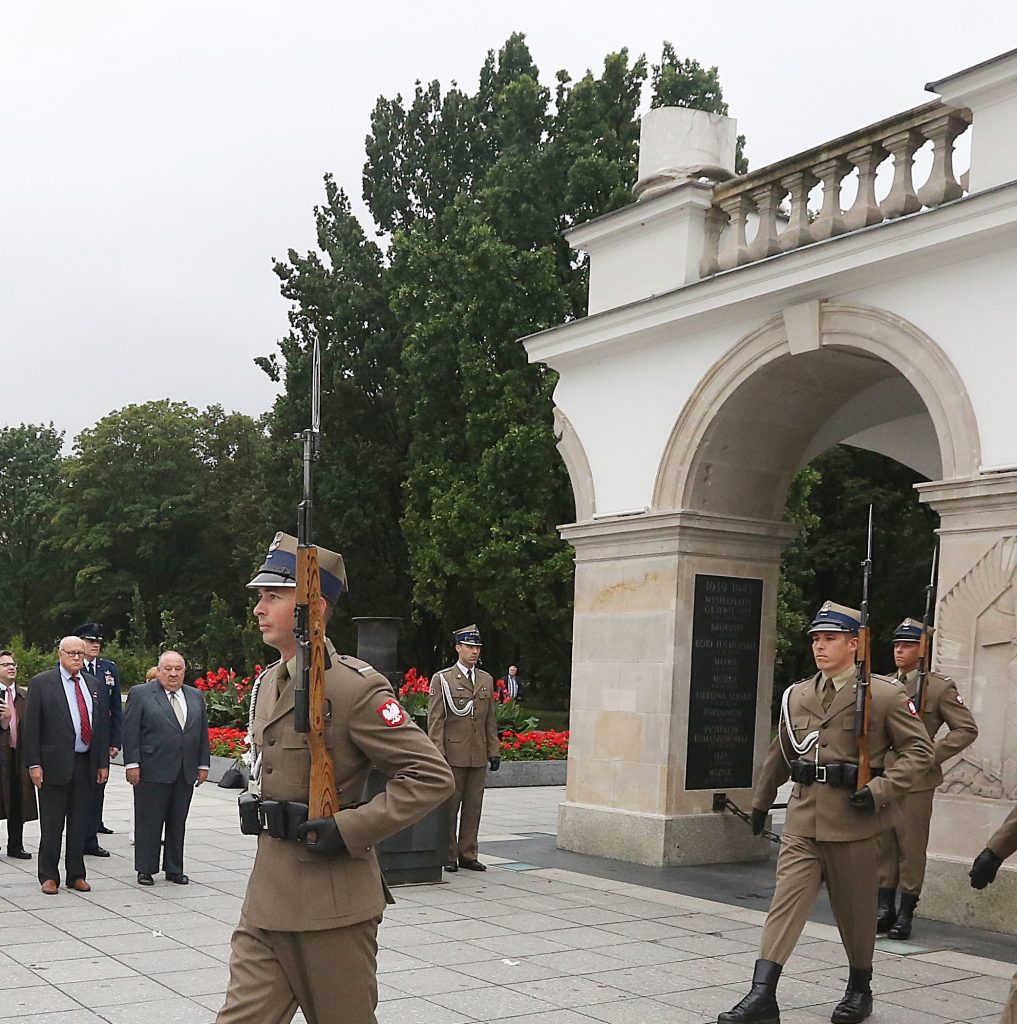 A group of children and relatives of U.S. officers who were held in a Nazi German prisoner camp on Polish territory during World War II are on a visit that will take them to the camp’s site.

The group includes George P. Waters, the grandson of Gen. George Smith Patton Jr. and son of Lt. Col. John K. Waters, and children of four other U.S. officers who were held at an officers’ camp in central Poland, Oflag 64 in Szubin, from 1944 to 1945. They either managed to flee an evacuation march or survived the march and were freed.

On Monday, the group placed a wreath in U.S. red-white-and-blue colors at Poland’s key war memorial, the Tomb of the Unknown Soldier in Warsaw, in honor of Poles who fought in the war and to thank Poland for preserving the memory of the U.S. POWs.

Waters brought along his father’s small wartime notebook of faded pencil entries in black and red that show he was counting the days of his captivity. The first entry is dated Feb.14, 1943, after Waters was captured in Tunisia.

“I’m totally honored to be the son of my dad who went to Szubin and had an effect on the community there, he was part of the team,” Waters told The Associated Press.

Anne Hoskot Kreutzer, whose father, Lt. Col. Nathaniel Hoskot, was saved through a prisoner exchange in January 1945, said the visit helped her fully understand what her father had experienced. She said she was going to write her father’s story for the younger members of the family.

On Tuesday, the group is to visit the brick-and-concrete buildings in Szubin that held their fathers and where they want to help start a language school for local youth.