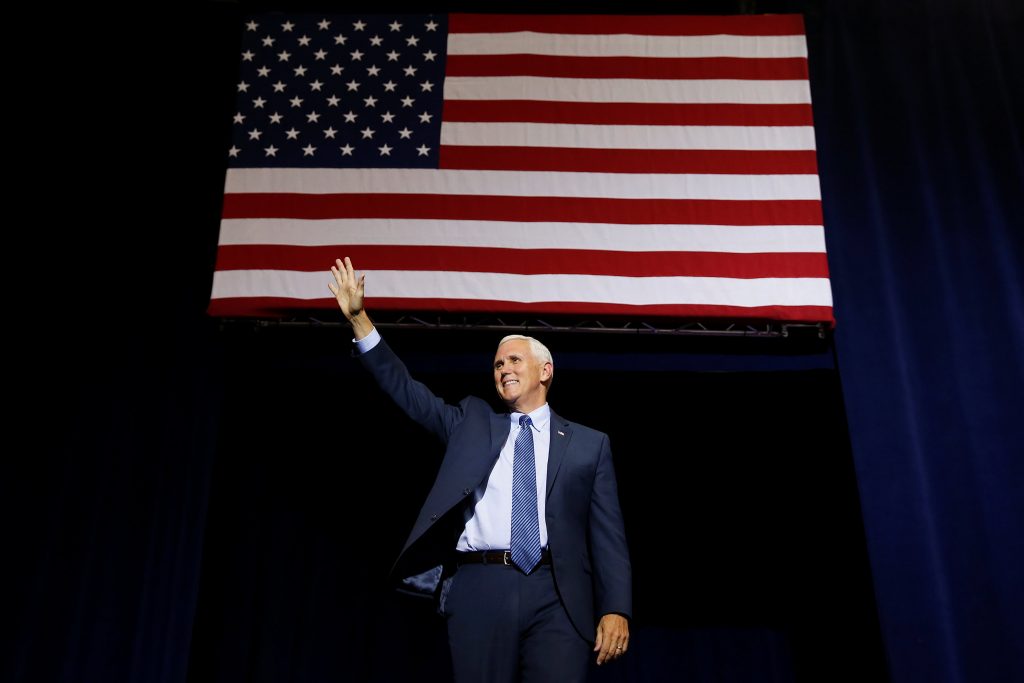 Donald Trump would, as president, suspend the U.S. program that provides safe haven to Syrian refugees fleeing violence and conflict in their country, his vice-presidential running mate said.

The program “puts safety and security of the American people second to the agenda of the U.N. or to liberals in this country,” Indiana Gov. Mike Pence said in an interview on NBC on Sunday.

Pence said the U.S. lacks adequate screening of refugees: “Our own FBI says we can’t know for certain who these people are.” Instead, Trump favors working with Arab countries to create “safe zones” for those fleeing war-torn areas, Pence said.

In 2015, President Barack Obama set a goal of admitting 10,000 Syrian refugees during the fiscal year that started in October. The target has been met, National Security Adviser Susan Rice said in a statement on Aug. 29. The United States will admit at least 85,000 refugees in total this year, Rice said, among them “vulnerable individuals and families” from countries including Iraq, Ukraine, and Burma.

The civil war in Syria has killed hundreds of thousands of people over five years and displaced millions more, many of whom have sought refuge in Europe. Those admitted to the United States are subject to vetting that can take up to two years, according to the State Department.

Trump said during a speech in Phoenix Aug. 31 that he would suspend immigration from Syria and Libya.

Democrat Hillary Clinton has said the United States should increase the number of Syrian refugees admitted into the country to 65,000, and focus on those most vulnerable.