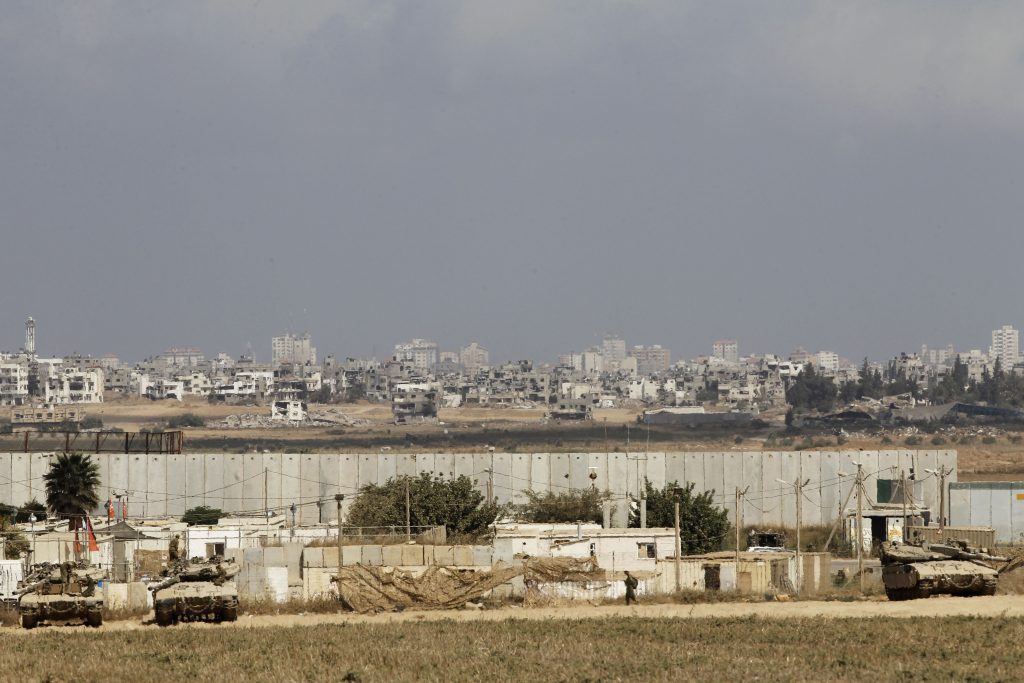 IDF forces returned fire at Gaza terrorists who shot at them on late Motzoei Shabbos, the IDF said. An IDF patrol along the Gaza border was fired upon suddenly by a group of terrorists shooting from the Gaza side of the border fence. B’chasdei Shamayim, there were no injuries to Israeli forces. Troops returned fire in the direction of the shooters.

After the incident, Israeli forces fired several mortar shells at terror targets in Gaza. One target was reported hit.

Also Motzoei Shabbos, a security guard at Kibbutz Ramat Menasheh in northern Israel was attacked after he attempted to apprehend a suspect who was apparently trying to get past a security fence around the kibbutz. Police said in a statement that during the course of the apprehension, the suspect “pulled an unidentified object out of his pocket. The security guard fired into the air to warn the intruder, but the latter attacked the guard, and then fled. A search of the area yielded a canister of pepper spray, apparently belonging to the attacker.” Police have opened an investigation and are searching for the culprit.

Overnight Motzoei Shabbos, security officials said they arrested three wanted security suspects in other areas in Yehudah and Shomron. The suspects were wanted for participating in rioting and throwing stones and firebombs that endangered Israeli civilians and IDF soldiers. Several of the suspects were also charged with belonging to Hamas. All were being questioned on their activities by security forces.