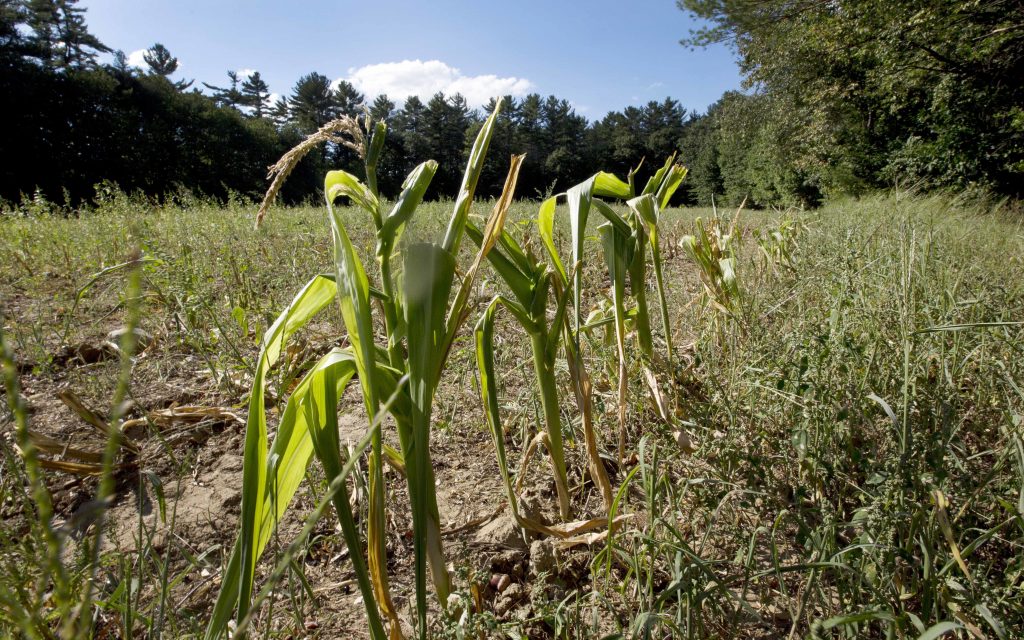 Dry weather in New England, including drought conditions in southern reaches, could dull some of the region’s famous fall foliage and cut the color short in some spots — but it all depends where the trees are.

Businesses that make money off leaf-peepers aren’t too worried, even if the colors aren’t as bright or stick around very long.

“The trees probably won’t be as brilliant as usual, but it seems people book vacations well in advance and area hotels are already booked by now,” said Lisa Davol, the marketing and membership manager for the Franklin County Chamber of Commerce in Massachusetts.

New Hampshire Travel and Tourism Director Victoria Cimino said it was too early to speculate.

“There’s actually kind of a wide range of possibilities depending on where you are in the region and just how dry it is,” said Paul Schaberg, a research plant physiologist with the U.S. Forest Service northern research station in Burlington, Vermont.

In particularly dry areas and those with thin soil, leaves on some trees could turn brown and crispy and fall off. Modest stress — such as dry conditions— can also trigger a display of vibrant red in particular trees, boosting the range of color. But that splash won’t last long in drought-stricken areas.

“They’re having this burst of colors which won’t last as long because it’s dry and the leaves will drop sooner,” said Esperanza Stancioff, of the University of Maine cooperative extension and Maine Sea Grant. This week Maine had abnormally dry conditions on the bottom half of the state with moderate drought along the mid- and lower coast and severe drought in two southern counties.

The pigment can also leave drought-stricken leaves quicker, muting the colors, according to Ken Gooch, forest health program director for the Massachusetts Department of Conservation and Recreation where much of the state this week is in severe drought conditions and even extreme drought in some spots.

Aside from the drought, this year gypsy moth caterpillars chewed leaves on 350,000 acres of trees, mostly in eastern Massachusetts, he said. Some of the trees aren’t growing new leaves as well because of the drought, he said.

“So a lot of those oak trees probably will not have good color,” Gooch said.

But in other areas of the state, such as western Massachusetts — where there’s a high concentration of sugar maple and red maple, beech and birch — good color is expected, he said.

Christopher Martin, the director of forestry in Connecticut, said he wouldn’t be surprised if trees started changing a little earlier this year because of the drought.

“It’s a little bit up in the air, but I think it will be good,” he said of the state’s foliage season.

The foliage season hits the higher elevations of northern New England first. For now, it’s expected to be good in Vermont, which did not have a drought but was abnormally dry.

“Except for a couple of minor locations here or there, it’s looking pretty good so far,” Schaberg said of the foliage season, which starts in mid-to-late September up north and spreads south through October.