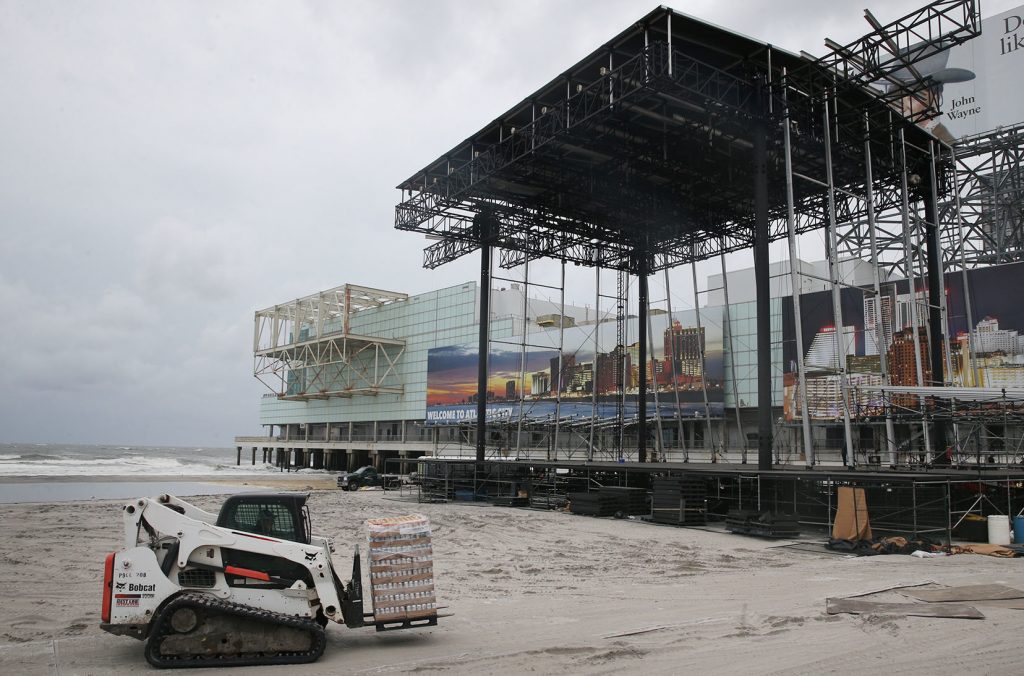 Storm Hermine churned off the Middle Atlantic Coast on Sunday, with forecasters projecting it may regain hurricane strength as it creeps north, spoiling the Labor Day holiday weekend with high winds, soaking rains and surging seas.

The storm, which claimed at least two lives, in Florida and North Carolina, is expected to stall off the coast of New Jersey and other major population centers in the Northeast for several days, according to the National Hurricane Center (NHC).

Authorities up and down the coast have ordered swimmers and surfers to stay out of treacherous waters on the holiday weekend when many Americans celebrate the end of summer.

Projections show the outer reaches of the storm could sweep the coastlines of Rhode Island or Massachusetts later in the week as Hermine crawls north and northeast.

It was classified as a Category 1 hurricane until it lost strength while cutting across Florida and Georgia, packing sustained winds of up to 65 mph. Forecasters expected winds to return to hurricane force of more than 74 mph by Sunday evening.

“It’s going to sit offshore and it is going to be a tremendous coastal event with a dangerous storm surge and lots of larger waves probably causing significant beach erosion, for the next few days,” said senior hurricane specialist Daniel Brown.

The surge was expected to extend from Virginia to New Jersey.

New Jersey Governor Chris Christie declared a state of emergency in three coastal counties of the state, which was devastated by Superstorm Sandy in 2012.

The town of Beach Haven, New Jersey, issued an emergency alert advising anyone planning to leave Long Beach Island, a barrier island that draws summer crowds, to do so before Sunday night’s high tide.

Hermine, the first hurricane to make landfall in Florida in 11 years, swept ashore on Friday near the town of St. Marks with winds of 80 mph.

In the northern Florida town of Ocala, a falling tree killed a homeless man sleeping in his tent. In North Carolina, a tractor trailer overturned on a bridge over the Alligator River, killing the driver.

People posted pictures of flooding and high tides from North Carolina to Delaware.

Life-threatening storm surges were possible, the hurricane center said. A surge is a rise of water above a predicted tide, pushed by high winds, and is often the greatest threat to life from a storm, according to national weather officials.