National ANALYSIS: Obama’s Final Major Trip to Asia Is Unlikely to Be the Victory Lap He Had Hoped For
National 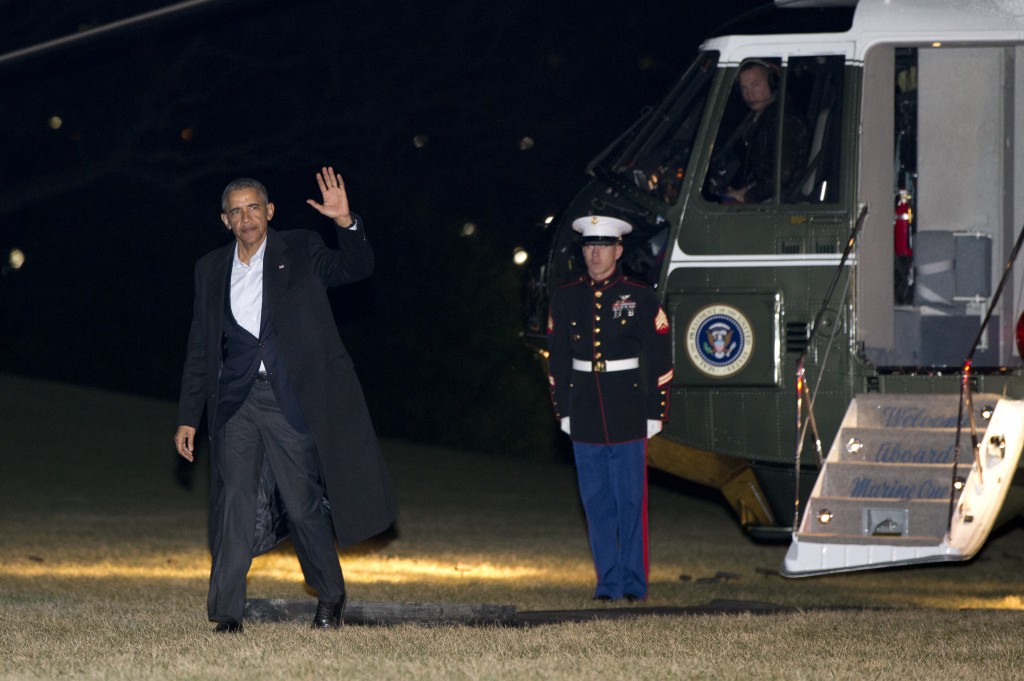 President Barack Obama’s 10th and final trip to Asia while in office is unlikely to be the triumph of his major foreign policy initiative that he once envisioned.

Instead, Obama is dogged once again by violence in the Middle East, and rather than celebrate the repositioning of resources toward the Pacific Rim, Obama will spend part of his tour of China and Laos that starts Saturday huddling with other world leaders over how to untangle the morass in Iraq and Syria.

Obama’s trip begins in Hangzhou, China, with the Group of 20 leaders of the world’s major economies, many of them focused on the conflict in Syria. Amid clashes there between Turkish forces and U.S.-backed Kurdish fighters, Obama is expected to confront Turkish President Recep Tayyip Erdogan one-on-one as Erdogan’s government maintains it will keep up those strikes until the Kurdish militia retreats.

Syria’s civil war and assaults by the Islamic State terror group are the latest vexing problems from a region that has kept a powerfully persistent hold on the Obama administration’s time and attention. For years, Obama has struggled to fade out the U.S. obligation in the Middle East and turn to Asia, a shift that would dramatically change how the U.S. prioritized spending military, diplomatic and economic resources and transform the concept of global leadership.

Obama will try to reassure Asian leaders in Laos after the G-20 that the U.S. is not easing its commitment to the continent, despite threats from Democrats in Congress and both presidential nominees to block the Trans-Pacific Partnership (TPP), the sweeping trade deal Obama negotiated with 11 other Pacific Rim nations that was key to his plan to strike that new balance in U.S. foreign policy.

“What the president is trying to do through this trip is ensure that the region understands that we’re here to stay in a meaningful way,” national security adviser Susan Rice said. “[And] that his successor is equally invested in pursuing the relationships that we have strengthened.”

During his first year in office, Obama signaled his intent to bolster relations with Asia by visiting four nations. He became the first U.S. president to join the annual Association of South East Asian leaders’ meeting and set up a pan-Asian summit that convenes yearly in the U.S.

On his watch, Japan and South Korea have moved to step up their defense cooperation with the U.S. and toughened their sanctions against North Korea. The U.S. has also warmed relations with Vietnam and the Philippines, winning new access for the U.S. military in those strategically important countries. That gives the Americans a stronger position from which to challenge China’s aggressive actions in the South China Sea.

“Asia is where the future is, that’s what his argument has been,” said Jeffrey Bader, formerly the senior director for Asian affairs on Obama’s National Security Council. But he noted the persistence of American entanglements in the Middle East. “You just can’t get away from it.”

At the same time, Obama has opened up a line of communication with a rising China, creating a stronger sense of confidence among U.S. officials that they know what the Chinese plan to do and what they are doing. That open line has led to cooperation on fighting climate change and the nuclear agreement between Iran and six world powers, including the U.S. and China.

Obama and Chinese President Xi Jinping were the first two leaders to sign on to the Paris climate accord reached last year, a sweeping global deal that commits almost every country to fight climate change. As leaders of the world’s two largest emitters of carbon dioxide, their joint commitment prodded other countries to join in.

The agreement will take legal effect when countries responsible for 55 percent of the greenhouse gas emissions sign onto it. The U.S. and China together account for more than 40 percent of emissions, and Obama and Xi could move to ratify the deal during their face-to-face meeting Saturday.

Obama and Xi might also agree on a bilateral investment treaty that could set new rules allowing for U.S. investment in previously forbidden sectors in China like financial services and telecom.

“I give him good marks, even though it’s not like the end of the Cold War, where you see the Berlin Wall crumble,” said Bader, now an analyst with the Brookings Institution. “Those moments are rare. This is a moment where you’ve seen a reframing of the discussion, and some incremental gains of some significance.”

Critics note the shortfalls. North Korea has gained nuclear weapons. Islamic militancy is on the rise. And China has infuriated its neighbors by asserting territorial claims over vast swaths of the South and East China Seas, while engaging in its most severe crackdown on civil society and free speech since the years following the 1989 Tiananmen Square massacre.

“This is not to say that President Obama caused all of these things,” said Dean Cheng, an Asia expert at the Heritage Foundation, a conservative think tank. “But the difference would seem to suggest that the region is less stable, less safe. At the end of the day, the question becomes, ‘What has this administration done over two terms?’”

The likely failure of the Pacific trade deal would stand as Obama’s biggest loss. Encompassing nearly 40 percent of the global economy, it would have opened American access to foreign markets, while also putting the U.S. out front in setting labor standards in the years to come.

With neither of Obama’s potential successors on board, the reaction among Asian leaders is to wonder how committed the U.S. is to the region, significantly undermining Obama’s overarching goal of a rebalance.

“If you ask about the Asia pivot in Beijing or Tokyo, they say, ‘We don’t know,’” said Michael J. Green, a top national security adviser and Asia director for President George W. Bush. “It keeps changing, and that has been a weakness.”