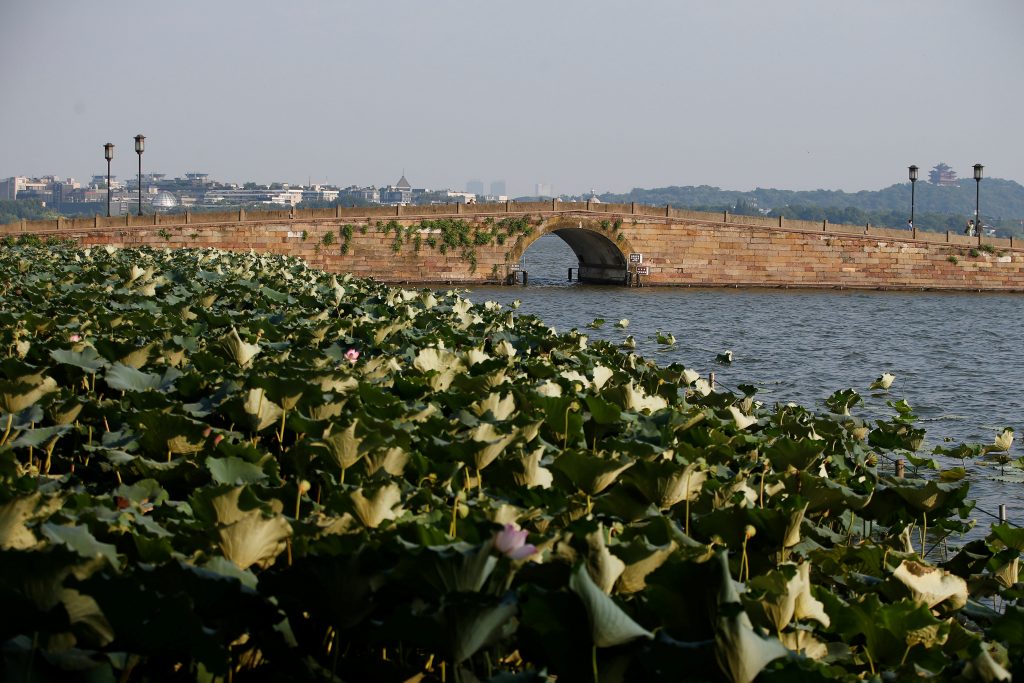 Wedged in between the Brexit vote and the U.S. presidential election, leaders of the world’s major economies meet this weekend in China needing to mount a realistic defense of the free trade and globalization they have long championed.

At stake is the post-World War II concord on globalization that proponents say has helped lift so much of the world out of poverty. China, the host of the Group of 20 meeting, has itself been one of the biggest winners from free trade, becoming the world’s leading exporter.

But Britain’s shock vote in June to leave the EU and the rise of protectionist Donald Trump in the United States has shaken that accord ahead of the G-20 summit in Hangzhou that starts on Sunday.

“This meeting – the first since Brexit and the U.S. presidential primaries – should send a clear message that world leaders have heard people’s concerns about globalization and are taking steps to better understand and address them,” said associate professor Mark Melatos at the University of Sydney.

“The risk is that nothing much will be achieved,” he warned. “More platitudes about the benefits of global trade and investment will ring hollow.”

While there have been recent concessions that not everyone wins out of globalization – U.S. Treasury Secretary Jack Lew this week spoke of anxious and angry people who felt left behind – the White House has also signaled a renewed push on the controversial Trans-Pacific Partnership (TPP) trade deal as President Barack Obama’s term winds down.

The G-20 earned its spurs with a concerted reaction to the 2008 global financial crisis, but recently opposition to free trade seems to have gained purchase and a coherent defense has been lacking.

Among the biggest sticking points is overcapacity in the global steel industry, a sore point for China as the world’s largest producer of the metal. Other concerns include barriers to foreign investment, and the risk of currency devaluations to protect export markets.

International Monetary Fund Managing Director Christine Lagarde told Reuters this week that G-20 leaders need to do far more to spur demand, bolster the case for trade and globalization, and fight inequality. She described the global economic outlook as “slightly declining growth, fragile, weak and certainly not fueled by trade.”

“The jumps in G-20 protectionism in 2015 and 2016 coincide ominously with the halt in the growth of global trade volumes,” the European think tank said in a trade report published ahead of the Sept 4-5 meeting.

The Washington-based U.S. Chamber of Commerce on Thursday fired a broadside at what it saw as creeping protectionism in the information and communications technology sector, releasing a report citing aggressive new measures from China to Russia to the EU.

“The Chamber is deeply concerned that a growing number of the measures documented in the report have the effect of advancing protectionist objectives in the name of national security,” it said in the 107-page report.

National security was the reason given by Australia’s government when it rejected Chinese bids for an electricity grid last month, a decision that Beijing labelled as “protectionist.”

When EU Commission President Jean-Claude Juncker and EU Council President Donald Tusk set out their priorities for the Hangzhou meeting this week, free trade was next to last. It was preceded by the refugee crisis, jobs growth, financial stability and tax transparency.

While the challenge was recognized, no solutions were offered.

“The G-20 will discuss how to reverse the slowdown in the growth of trade and foreign investment … and to communicate the benefits of trade to citizens while addressing their concerns,” they wrote in a joint letter.

Yet critics argue that the benefits of globalization are too often over-hyped by politicians, leading to public disappointment.

Obama has promoted the TPP deal as an engine of job creation yet the Peterson Institute, a Washington think tank, estimates it might add all of 0.5 percent to economic growth after 15 years.

The 12-nation TPP is the number one legislative goal of Obama’s remaining term, yet it is under assault at home and abroad. Both the main candidates in the November election, Republican Trump and Democrat Hillary Clinton, have come out against it, blaming past deals for destroying Americans jobs.

If anything, the TPP highlights the divisions within the G-20. It was sold as the economic pillar of Obama’s broader plan to shift U.S. foreign policy toward Asia and counter the rising might of the host of this very meeting, China.

“The G-20 needs to do better in communicating the benefits of free trade, while giving the political push that’s needed to unlock stalled multilateral trade liberalization,” said Adam Triggs, a research scholar at the Crawford School of Public Policy at the Australian National University and previously a member of the Australian G-20 Task Force, in a report.

“Delivering a successful G-20 summit in Hangzhou means tackling big global challenges through practical actions that can be understood by the public.”