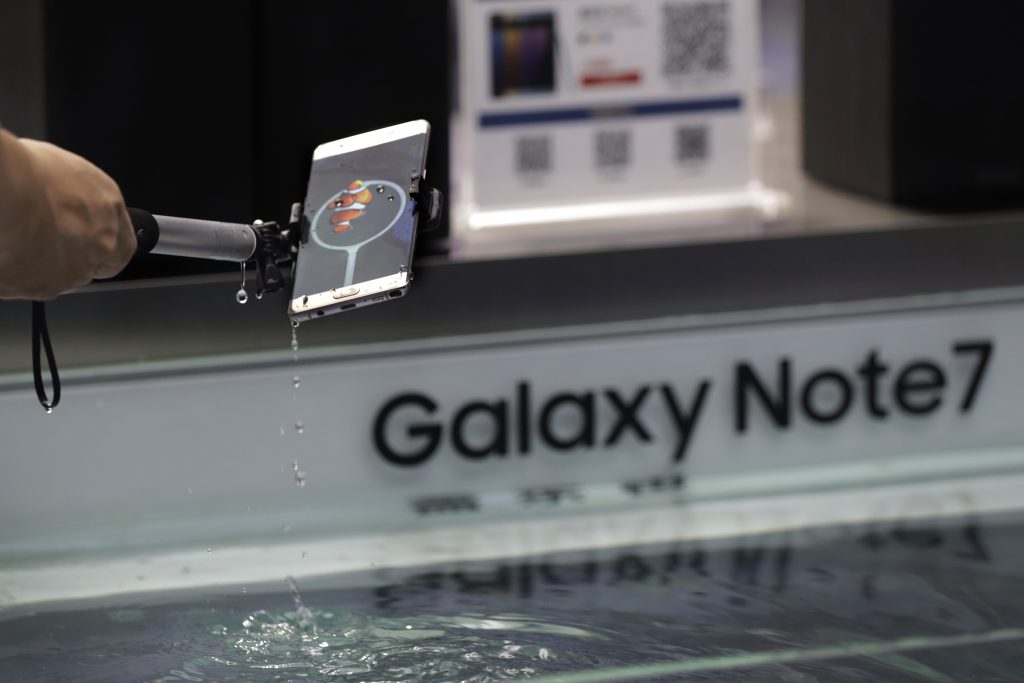 Samsung has delayed shipments of Galaxy Note 7 smartphones in South Korea for extra quality control testing after reports that batteries in some of the jumbo smartphones exploded while they were being charged.

Samsung said the delay affects only the South Korean market. Local reports that Samsung has stopped shipping the flagship phone are not true, according to company spokeswoman Sophia Kim.

Company officials did not reply to questions about how Samsung determined which phones are deemed safe and which require further testing.

The company said it is investigating the reports of phones catching fire and exploding. South Korea’s Yonhap News said five or six explosions were reported by consumers. It cited pictures of severely damaged phones shared in local online communities and on social media. The photos and accounts could not immediately be verified.

There were no confirmed reports of any injuries.

It is unusual for Samsung to confirm a delay in sales of a device. The company said the testing would not delay the Note 7’s launch Thursday in Chinese online markets, and did not say if those phones are different from the ones sold in South Korea.

Battery problems are not unusual during the early production of a new smartphone, but the latest explosion claims dented investor sentiment. Samsung’s stock lost 2 percent in Seoul on Thursday.

“It is an unexpected issue and until the cause is confirmed, a short-term impact is inevitable,” Eo Kyu-jin, an analyst at eBEST Investment & Securities, said in a report.

The Galaxy Note 7 smartphone is the latest iteration of Samsung’s Note series that feature a giant screen and a stylus. The Note series smartphones are one of the most expensive lineups released by Samsung and usually inherit designs and features of the Galaxy S series that debut in the spring. Samsung also added an iris scanner to the Note 7, which lets users unlock the phone by detecting patterns in the eyes.

Samsung launched the Note 7 on Aug. 19 in some markets, including South Korea and the United States.

Even before the issue of battery explosions emerged, supplies were not keeping up with higher-than-expected demand for the smartphone.