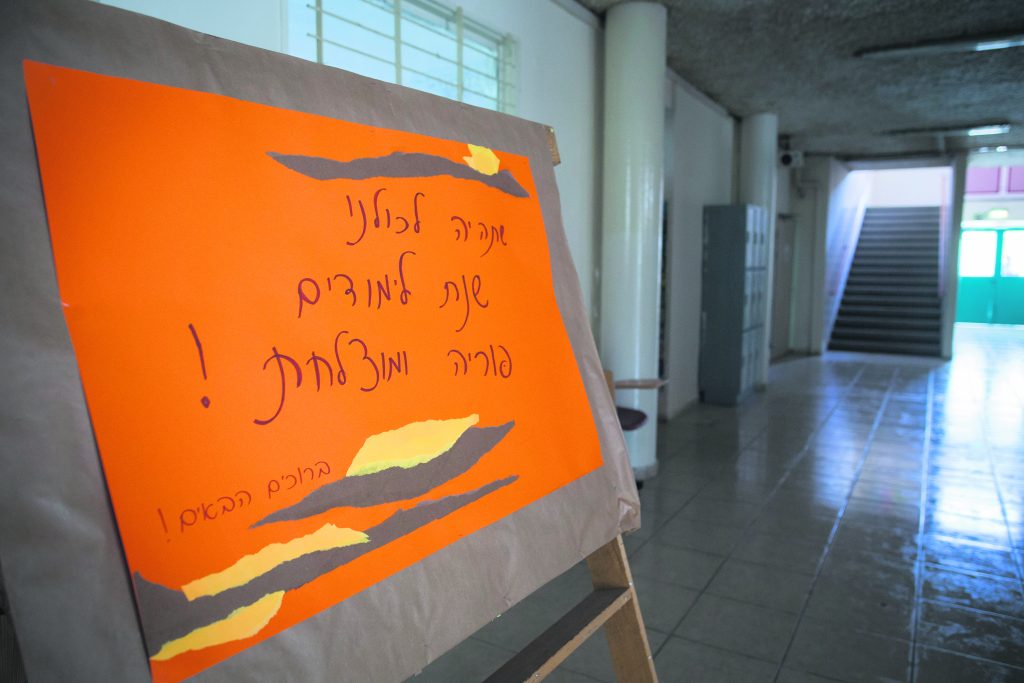 More than two million children were on their way to begin the 5776-77 school year on Thursday, as elementary and high schools of all educational streams opened the first day of school. A total of 2,232,172 elementary, junior high and high schoolers were taking to the roads, with few disturbances or problems reported.

Among the schools where problems were reported were two Bais Yaakov schools in Yerushalayim, where classrooms to teach some 1,000 students were not quite ready. Those schools are expected to open on Sunday as well.

Among those beginning school Thursday were 158,958 first graders. On the opposite end, 123,497 twelfth-graders were entering their last year of state-sponsored education. 180,000 teachers, assistants and education staff were joining them, 9,000 of them new to the job, Education Ministry officials said. 7,500 of those 9,000 are female.

“The education system today is more professional and personalized than ever,” said Education Minister Naftali Bennett. “We have reduced the average number of students in each classroom to 28 in first and second grade, and we have added assistants in kindergartens. I wish all the children of Israel a successful school year.”