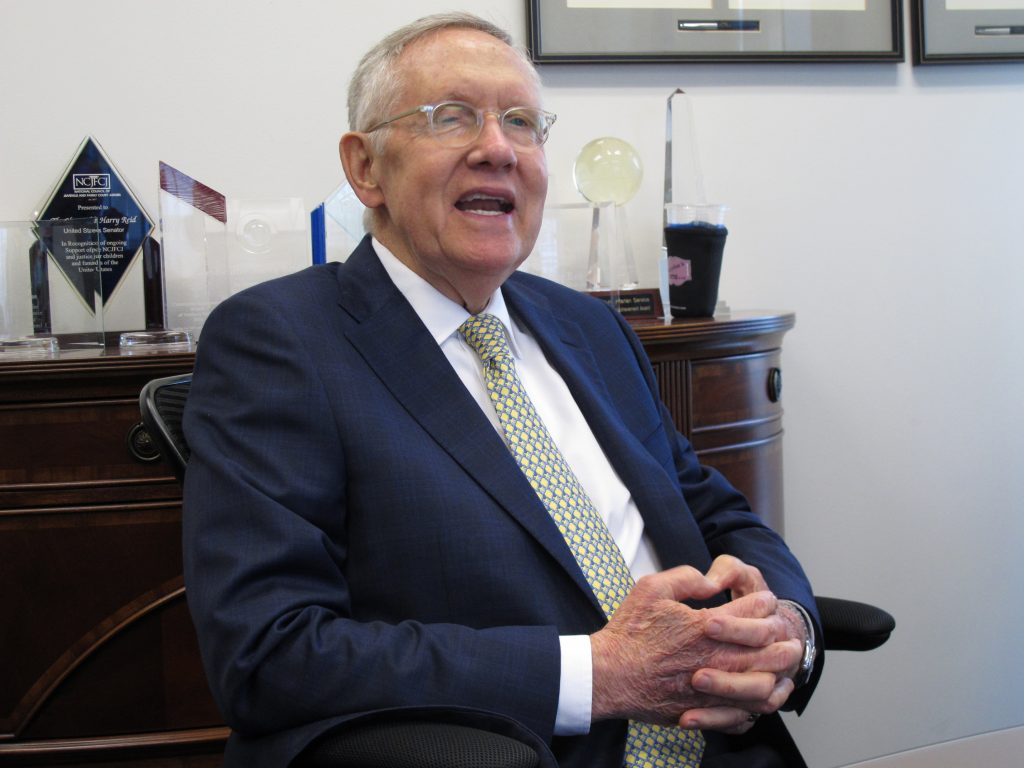 Senate Minority Leader Harry Reid confirmed Thursday that Democrats this month will oppose any stopgap spending bill that would punt current government funding and policies into 2017, a strategy favored by conservative Republicans who don’t want a lame-duck session.

“Everyone should be alerted today to this: We are not going to agree to a long-term CR,” Reid told reporters on a conference call, referring to a continuing resolution. “We are not doing anything into next year. The Republicans should be made aware of that right now.”

Lawmakers have until Sept. 30 to pass a CR to avoid a government shutdown when fiscal 2016 funding expires. Reid’s comments on the length of a stopgap, his most forceful to date, came after the Nevada Democrat apparently discussed the matter privately with President Barack Obama on Wednesday.

Reid added that Democrats would likely accept a measure that continues funding into late December, but nothing longer.

The last two years, Congress has passed continuing resolutions in September that extend funding into early or mid-December, leading to omnibus packages that provided fresh spending guidance for government agencies and programs. Like most Democrats, many Republican appropriators and defense hawks favor following the same playbook this year.

But a number of conservatives, led by members of the hardline House Freedom Caucus, want to bypass the lame-duck session of Congress altogether by passing a six-month CR in September that would run into March 2017.

Senate Majority Leader Mitch McConnell (R-Ky.) has not stated a preferred duration for a CR. But two of his top lieutenants, John Cornyn of Texas and John Thune of South Dakota, the No. 2 and No. 3 Senate Republicans, have said they’d rather push the matter to 2017.

“I’m sure our members will discuss the length of the CR again next week when they’re back,” said Don Stewart, a spokesman for McConnell. “But remember, the only reason a CR is even being discussed is because Democrats — despite Reid’s call for an end to the filibuster — are filibustering all the approps bills.”

Reid, who is retiring after this year, has discussed the idea of changing the Senate filibuster if Democrats regain control of the chamber in 2017, according to The New York Times.

Reid in the call also offered few details on what spending changes Democrats might want to include in a stopgap bill. The Obama administration sent Congress a wish list of spending tweaks to accompany a short-term CR, including additional funding for the post-election presidential transition and policy language to revive the Export-Import Bank.

“We’re not going to be able to get into what is in this until we get rid of some of the more basic things, like the length of the CR,” Reid told reporters.

He added that it also depends “whether Republicans attach some of their goofy riders to it, as they normally do, that have nothing to do with anything other than to [satisfy] their crazies.”