Politics ANALYSIS: More Than 6 Million Could Be Deported Under Trump’s Latest Plan
Politics 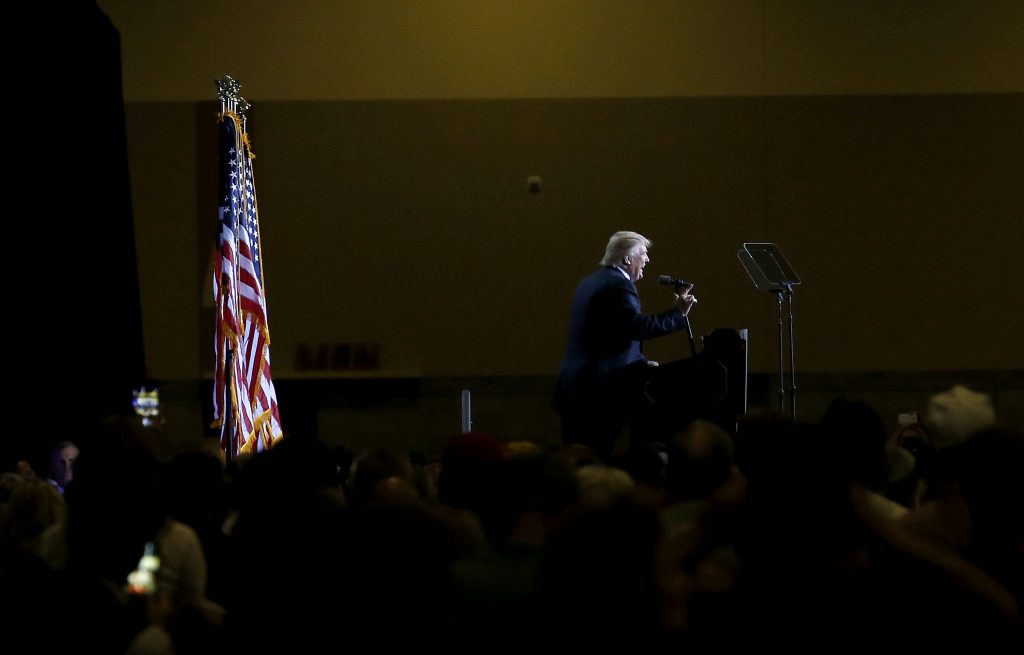 Donald Trump’s latest deportation priorities could target more than six million individuals for immediate removal, according to a Washington Post analysis. If elected president, he said Wednesday that his administration would also seek to bolster staffers devoted to immigration enforcement.

After weeks of opaque public statements regarding his stance on mass deportations, Trump spelled out hard-line immigration priorities in a fiery speech in Phoenix. He not only called for removing all undocumented immigrants who had committed crimes, but also said he would prioritize those who have overstayed their visas for deportation.

The GOP presidential nominee also said he would triple the number of Immigration and Customs Enforcement (ICE) agents and create a “new special deportation task force” to track the most serious security threats.

Together, those proposals represented his most specific comments on deportation policy – and they pointed to a massive undertaking.

An estimated 690,000 undocumented immigrants have committed significant crimes that would make them security priorities – felonies or serious misdemeanors – according to a study by the Migration Policy Institute. That number is closer to 2 million according to some, including Jessica Vaughan of the Center for Immigration Studies, whom the Trump campaign has consulted on the issue.

If visa overstays are also included in the immediate priorities, as Trump said he would order during his speech, the number would grow by about 4.5 million individuals according to estimates that place overstays at about 40 percent of total undocumented population.

In all, the number of individuals prioritized for removal by ICE agents would range between about 5.0 million and 6.5 million, according to available data and estimates.

The highly anticipated speech came after Trump struggled to explain how to handle the 11 million undocumented immigrants currently living in the country, at times appearing as though he would soften his position on mass deportations and potentially even offering undocumented immigrants a pathway to legal status. He had previously called for the immediate removal of all such individuals and pledged to create a “deportation force” to oversee the task.

But as he and his campaign have sought to expand his appeal for the general election, he has found himself caught between appeasing his earlier supporters with more tough immigration rhetoric and softening that position to appeal to moderates.

His speech Wednesday was unequivocal: “We will break the cycle of amnesty and illegal immigration. We will break the cycle. There will be no amnesty,” he said. “Our message to the world will be this. You cannot obtain legal status or become a citizen of the United States by illegally entering our country. Can’t do it.”

And his refusal to back legislation that would offer a path to legal status and his proposal to expand e-Verify program would make it more difficult for such immigrants to remain in the country.

“Anyone who has entered the United States illegally is subject to deportation. That is what it means to have law,” he said in another instance.

Trump has sought in recent days to change his tone somewhat on immigration issues, and in particular with regard to Mexican immigrants. During his remarks in Phoenix, he talked positively about his meeting earlier in the day with Mexican President Enrique Pena Nieto, who he called “a man I like and respect very much.” He also spoke about strengthening ties between the two countries, a sharp departure from his incendiary rhetoric on the campaign trail.

“We also discussed the great contributions of Mexican-American citizens to our two countries, my love for the people of Mexico, and the leadership and friendship between Mexico and the United States,” he said. “It was a thoughtful and substantive conversation and it will go on for a while. And, in the end we’re all going to win. Both countries, we’re all going to win.”