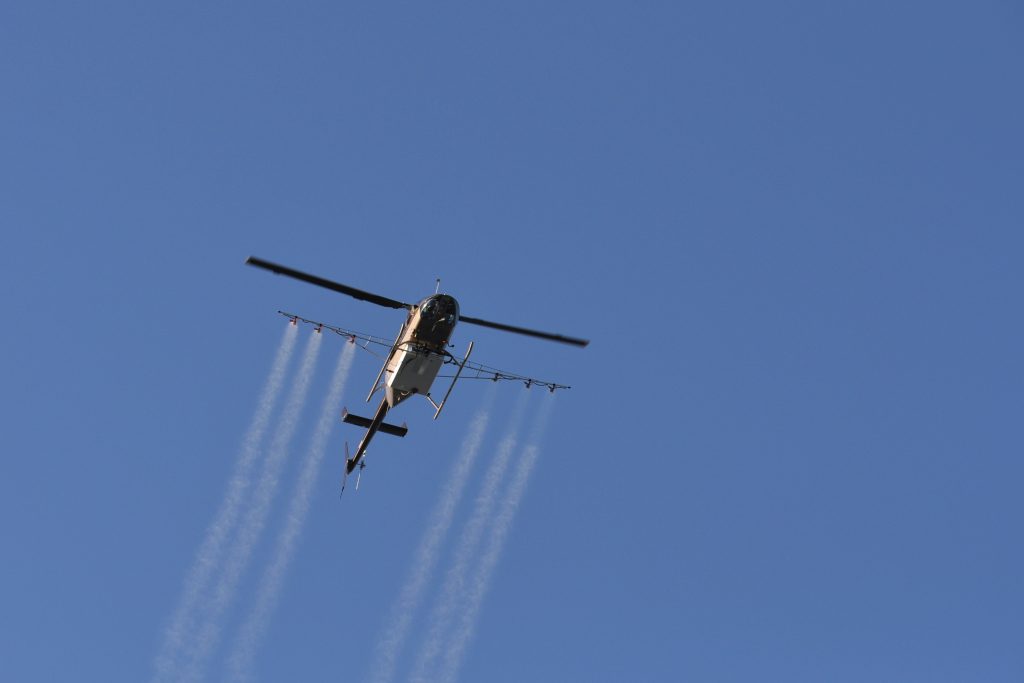 Death came suddenly to Dorchester County, S.C. Stressed insects tried to flee their nests, only to surrender in little clumps at hive entrances. The dead worker bees littering the farms suggested that colony collapse disorder was not the culprit — in that odd phenomenon, workers vanish as though pulled away, leaving a living queen and young bees behind.

Instead, the dead heaps signaled the killer was less mysterious, but no less devastating. The pattern matched acute pesticide poisoning. By one estimate, at a single apiary — Flowertown Bee Farm and Supply, in Summerville — 46 hives died on the spot, totaling about 2.5 million bees.

Walking through the farm, one Summerville woman wrote on social media, was “like visiting a cemetery, pure sadness.”

A Clemson University scientist collected soil samples from Flowertown on Tuesday, according to WCBD, to further investigate the cause of death. But to the bee farmers, the reason is already clear. Their bees had been poisoned by Dorchester’s own insecticide efforts, casualties in the war on disease-carrying mosquitoes.

On Sunday morning, parts of Dorchester County were sprayed with Naled, a common insecticide that kills mosquitoes on contact. The United States began using Naled in 1959, according to the Environmental Protection Agency, which notes that the chemical dissipates so quickly it is not a hazard to people. That said, human exposure to Naled during spraying “should not occur.”

In parts of South Carolina, trucks trailing pesticide clouds are not an unusual sight, thanks to a mosquito-control program that also includes destroying larvae. Given the current concerns of West Nile virus and Zika — there are several dozen cases of travel-related Zika in South Carolina, though the state health department reports no one has yet acquired the disease from a local mosquito bite — Dorchester decided to try something different Sunday.

It marked a departure from Dorchester County’s usual ground-based efforts. For the first time, an airplane dispensed Naled in a fine mist, raining insect death from above between 6:30 a.m. and 8:30 a.m. Sunday. The county says it provided plenty of warning, spreading word about the pesticide plane via a newspaper announcement Friday and a social media post Saturday.

“Had I known, I would have been camping on the steps doing whatever I had to do screaming, ‘No you can’t do this,'” beekeeper Juanita Stanley said in an interview with Charleston’s WCSC. Stanley told the Charleston Post and Courier that the bees are her income, but she is more devastated by the loss of the bees than her honey.

The county acknowledged the bee deaths Tuesday. “Dorchester County is aware that some beekeepers in the area that was sprayed on Sunday lost their beehives,” Jason Ward, county administrator, said in a news release. He added, according to the Charleston Post and Courier, “I am not pleased that so many bees were killed.”

Spraying Naled from the air is not unprecedented, particularly when covering areas that cannot be reached by truck. In a single year in Florida, more than 6 million acres were fumigated with the chemical, according to the Centers for Disease Control and Prevention. The agency argued in January that the technique should be used to curb Zika in Puerto Rico.

But the insect neurotoxin cannot discriminate between honey bees and bloodsuckers. A profile of the chemical in Cornell University’s pesticide database warned that “Naled is highly toxic to bees.”

Although the insecticide was known to kill bees, to South Carolina beekeepers spraying had not been as significant a concern as parasites, disease and other hive threats. As South Carolina Beekeepers Association President Larry Haigh told the Post and Courier in June 2015, many counties will spray at night, when honey bees do not forage for pollen. Plus, given sufficient warning, beekeepers will shield their hives and protect the bees’ food and water from contamination.

Sunday was different. Summerville resident Andrew Macke, who keeps bees as a hobby, wrote on social media that the hot weather left bees particularly exposed. Once temperatures exceed 90 degrees, bees may exit the nest to cool down in what is called a beard, clustering on the outside of the hive in a ball. Neither Macke nor Stanley had covered their hives.

And then came the plane.

“They passed right over the trees three times,” Stanley said to ABC 4 News. After the plane left, the familiar buzzing stopped. The silence in its wake was like a morgue, she said.

As for the dead bees, as Stanley told the AP, her farm “looks like it’s been nuked.”

A Summerville resident started a Change.org petition calling for Dorchester County to halt aerial Naled spraying. It is unclear whether those who lost bees are pursuing other recourse.