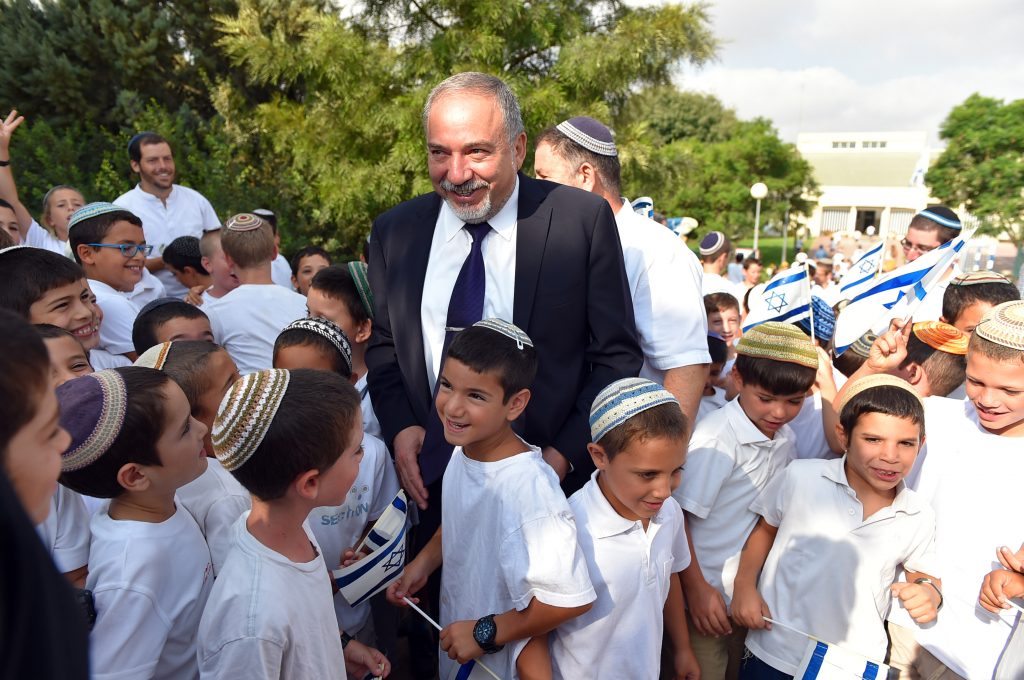 Defense Minister Avigdor Liberman gave his assurance on Thursday that the Israeli government will respect the coming decision of the High Court concerning the Amona outpost community.

“There is a decision of the Supreme Court, and we are going to honor it. I told the residents of Amona, if somebody thinks that we’re not going to honor the order, he is deluding himself.”

Amona, home to about 40 families, was built on lands privately owned by Palestinians, and the Court ordered their eviction and demolition of their homes by December 25 of this year. Right-wing members of the Netanyahu government have been seeking a solution to the plight of the families, some of which have been controversial.

Last month, the leftist Peace Now accused the Defense Ministry of developing a plan to transfer Amona residents to confiscated Palestinian land a few yards from the present site, effectively legalizing the outpost retroactively. U.S. presidential press spokesman Josh Earnest delivered a rebuke to Israel for such actions earlier in the week.

Libermen skirted the issue on Thursday, saying that “we proposed a lot of alternatives and I hope we can find an option that the Amona residents will also accept.”

However, he had his own rebuke for critics of Israeli housing policies during his visit to the small Palestinian “outpost” in Susya, south of Chevron, where he made his comments about Amona on Thursday.

“I think that the world, especially the free world… needs to respect our judicial system and it cannot be that it demands one thing of the Amona residents and something else regarding what happens in Susya,” he said.

He said that he had agreed to postpone demolition of the illegal makeshift structures at Susya, pending examination of alternatives for its approximately 300 residents.

“I was asked to come up with a plan and there will be a hearing in the High Court,” he said.

“We agreed to postpone a decision on Susya for three months,” he added about the village. “There too we shall search for alternatives and solutions.”

“The place has suddenly become a point of dispute,” Liberman said.

“The European Union, the U.S., I get messages from all over the world. “Everybody has discovered Susya,” he said.