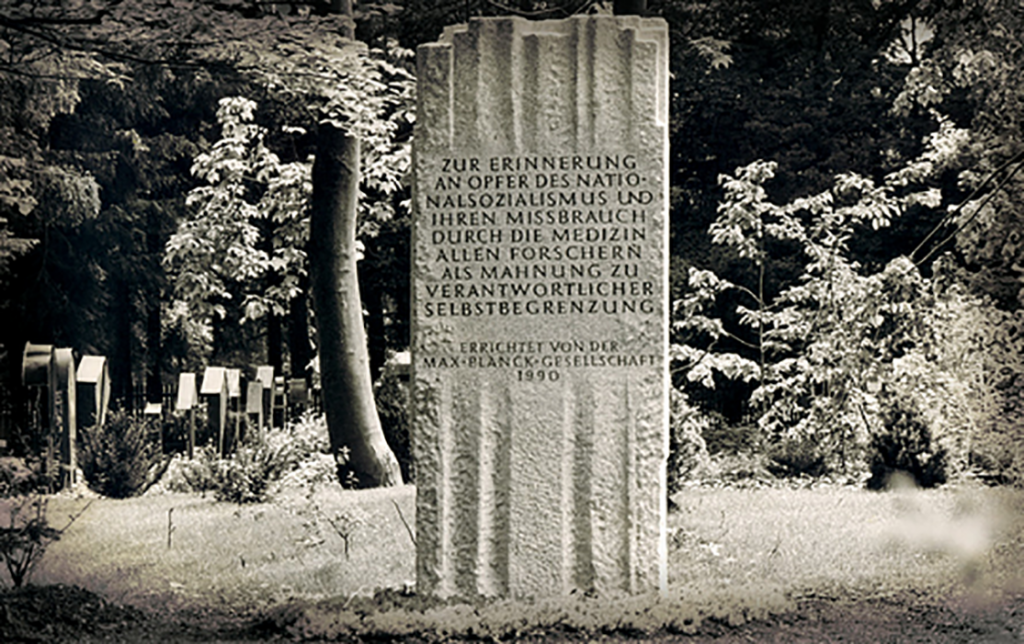 Archaeologists in Berlin have unearthed a large number of human bones from a site close to where Nazi scientists carried out research on body parts of death camp victims sent to them by sadistic SS doctor Josef Mengele, officials said Thursday. Researchers hope to determine if the remains are those of Holocaust victims or part of a collection predating the Nazi era.

A spokesperson for the Max Planck Society, a key partner in the research that led to the discovery, told Hamodia that they have been in contact with the Central Council for Jews in Germany, an umbrella organization, and that if the remains are proven to be those of Jews that they will be buried in “a dignified manner.” The society, a leading institution for scientific research in Germany, is the postwar permutation of the Kaiser Wilhelm Society, under whose auspices experimentation on Nazi victims was carried out during the Holocaust.

Rabbi Zlost Balla, one of three board members of the Orthodoxe Rabbinerkonferenz Deutschland, a group of Rabbanim in Germany which is a member of the Council, was optimistic that the bones will ultimately be buried in keeping with halachic guidelines, if it is determined that they originated from death camps.

“The Council’s leadership is sensitive to proper ritual needs and they reach out to us on matters regarding halachah,” he told Hamodia. On Thursday, Rabbi Balla said that his office had just learned of the discovery and had not yet been contacted by the Council, but was confident that they would touch base on the matter by the end of the week.

Experts have been examining the site in Berlin’s upscale Dahlem neighborhood since a small number of bones were found there in 2014 during road work on a property belonging to Berlin’s Free University.

The bones found in 2014 were never identified. Joerg Haspel, the leader of Berlin’s office that oversees memorial sites, said that he hoped the new discovery would provide additional information to researchers about the identity of victims “and the circumstances under which they were buried.”

The site is about 100 yards away from what was the Kaiser Wilhelm Institute for Human Heredity and Eugenics in the Nazi era. The world-famous society predated the Nazi era and once counted famous scientists like Albert Einstein among its directors.

During the Nazi dictatorship, however, the Dahlem institute was closely associated with pseudoscientific race research, and notorious Auschwitz physician Mengele as well as others are known to have sent many body parts there for study.

“They are currently not sure whether these bones are from persons from concentration camps or if they are only part of the anthropological collection of the institute from the beginning of the 20th century. Archaeologists are currently trying to determine this,” said Christina Beck, a spokesperson for Max Planck. “I do not think it will be so easy to get useful information from these bones. … I have also no idea how long the investigation will take and therefore when we can start to think about a burial.”

Experts now plan to use osteological identification methods to try to learn more about the newly discovered bones, and should at least be able to determine the general age of the person, the gender and how many different people’s bones were found, said Susan Pollock, a professor of archaeology at the university who was one of the leaders of the team. Results are expected, at the earliest, at the end of the year.

Last summer, remains of Holocaust victims that were found at the University of Strasbourg in France were identified as belonging to Jews and brought to halachic burial within two months of discovery.

Earlier this year, the Max Planck Society ordered a complete review of its specimens collection after discovering human remains in its archive that were from victims of Nazi Germany’s so-called euthanasia program in which psychiatric patients and people with mental deficiencies were killed.

In 1990 the society buried and constructed a memorial for specimens from euthanasia victims found at its Munich branch. In 1997, Max Planck’s then-president, Hubert Markl, established a commission to investigate the history of the predecessor institution. The findings were published in multiple works, including one on blood samples sent to the institution by Mengele.

“The Max Planck Society has accepted a difficult legacy of its predecessor organization, the Kaiser Wilhelm Society,” said society president Martin Stratmann of his organization’s participation in the ongoing archaeological investigation. “We are well aware of the special responsibility that it entails.”