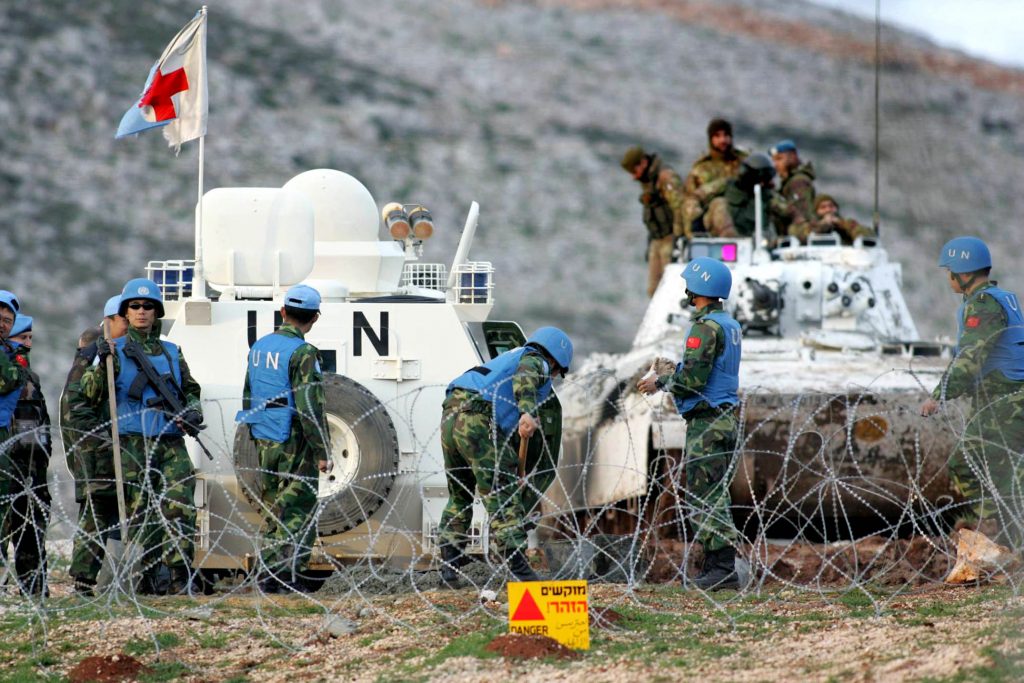 The U.N. Security Council warned Tuesday that violations of the cessation of hostilities agreement between Lebanon and Israel could lead to a new conflict “that none of the parties or the region can afford.”

The council’s warning came in a resolution adopted unanimously Tuesday extending the mandate of the U.N. peacekeeping force in southern Lebanon that monitors the cessation of hostilities until Aug. 31, 2017. It maintained the mission’s ceiling at 15,000 troops, supported by international and local civilian staff.

The council expressed concern “at the limited progress made towards the establishment of a permanent cease-fire.”

A Security Council resolution ordering a cessation of hostilities ended the 34-day war between Israel and Hezbollah in the summer of 2006. The fighting left some 1,200 Lebanese and 160 Israelis dead, and ended in a stalemate.

Since then, Hezbollah and other militias have ignored a provision of the resolution which says they must disarm.

Israel’s Ambassador to the U.N. Danny Danon, commented following the renewal of the UNIFIL mandate: “Hezbollah continues to arm itself and build terror infrastructure in southern Lebanon, turning the local villages into terror strongholds. Public facilities, such as hospitals, schools and mosques were converted into terror outposts and weapon storage facilities.”

“A decade after the Second Lebanon War, it’s time to expel Hezbollah forces out of southern Lebanon, and implement resolution 1701 to its full extent,” he added.

The U.N. force, which has been in southern Lebanon since 1978, was expanded after the 2006 war so peacekeepers could deploy along the border with Israel to help Lebanese troops extend their authority into the south for the first time in decades.

Tensions in Lebanon have been growing over the politicians’ failure to agree on a new president and an ineffectual government and parliament that barely meets. The country has so far survived the chaos of more than five years of conflict in neighboring Syria, but there are mounting concerns of a major security breach or renewed conflict with Israel as the regional conflict worsens.

The resolution adopted Tuesday condemned “in the strongest terms all attempts to threaten the security and stability of Lebanon.” It underlined “the risk that violations of the cessation of hostilities could lead to a new conflict that none of the parties or the region can afford.”

The Security Council commended the positive role of the U.N. peacekeeping force, known by the acronym UNIFIL, for helping to establish “a new strategic environment in southern Lebanon” along with the Lebanese Armed Forces.

U.N. Secretary-General Ban Ki-moon noted that during the past 10 years UNIFIL’s area of operation in southern Lebanon and along the U.N.-drawn “Blue Line” demarcating the border with Israel “[has] witnessed the longest period of relative calm in decades,” his spokesman said.

But while praising the efforts of Lebanon and Israel, the U.N. chief underscored “that calm should not be mistaken for progress” on implementing the 2006 resolution and others, U.N. spokesman Stephane Dujarric said. The 2006 resolution, among other things, calls for all militias, including Hezbollah, to be disarmed — a demand that has been ignored for 10 years.

“The violent and unstable regional context emphasizes the importance of tangible progress by the parties toward a permanent ceasefire, as envisaged in the resolution,” as well as ensuring that the cessation of hostilities is sustained, Dujarric said.