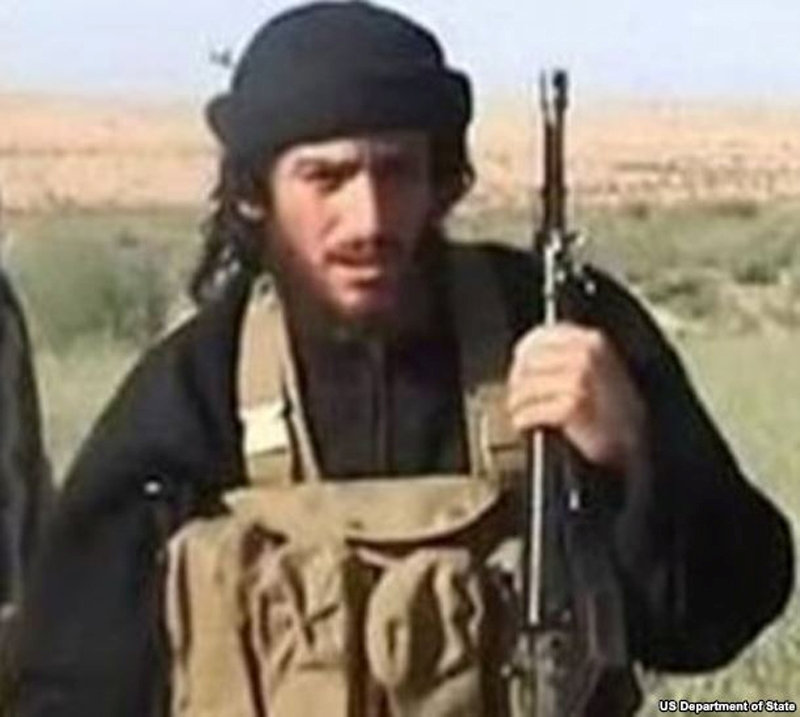 The U.S. airstrike believed to have killed Abu Mohammad al-Adnani has deprived the Islamic State terror group of the architect of its attacks on the West, as it faces the loss of swathes of its heartlands.

One of the last survivors of the al-Qaida terrorists who originally formed Islamic State last decade in Iraq, including its self-appointed caliph Abu Bakr al-Baghdadi, Adnani had risen to become one of its most influential leaders.

“It’s a major morale and propaganda blow to the group because it shows that their top leadership is being targeted by an effective and organised chain,” Brig. Gen. Yahya Rasool, spokesman for the joint operations command of Iraq’s army, told Reuters in Baghdad.

Not only did Adnani orchestrate Islamic State’s propaganda effort, an undertaking at the heart of its quest to lay waste modern nation states, but he also served as one of its principle military planners.

If his death is confirmed, those skills will be hard to replace, even in a group as resilient as Islamic State, after a series of territorial losses and killings of top leaders.

In recent months Islamic State’s losses in Iraq have mounted. Fallujah has fallen in the west and Iraqi forces have captured key approaches to Mosul, the ancient Tigris city whose fall in 2014 signaled the group’s lightning rise.

Meanwhile, advances by a U.S.-backed coalition in Syria have all but cut Islamic State off from the Turkish border, after the loss of the key town of Manbij, and started to press into its Euphrates valley heartland.

Few people expect further advances against Islamic State to be rapid or straightforward, but the group’s enemies have built a clear momentum in both Iraq and Syria that has pushed it to adopt a strategy of attacks overseas.

Adnani was the man behind that policy, demonstrating an ideological and tactical flexibility that allowed the group first to capitalize on its seizure of land, and then to adapt as it was forced to retreat.

In doing so, Islamic State has made a switch in emphasis from its dreams of unifying all Muslims under a single, militant caliphate, to an older jihadist strategy of striking terror into its enemies by attacking them in their own countries.

But it has done this partly by harnessing shock tactics and social media to inspire and guide attacks by radicalized amateurs, rather than rely solely upon the highly trained but cumbersome militant cells of an earlier era. This, in part, was Adnani’s legacy.

Islamic State said on Tuesday Adnani was killed “while surveying the operations to repel the military campaigns against Aleppo. It pledged to avenge his death but did not disclose details on how he died or who was killed with him.

A U.S. defense official told Reuters the United States targeted Adnani on Tuesday in a strike on a vehicle travelling in the Syrian town of al-Bab. He stopped short of confirming Adnani’s death, however. Such U.S. assessments often take days and often lag behind official announcements by terror groups.

Adnani’s presence in the Aleppo countryside may reflect its strategic and symbolic importance to Islamic State. The northwest has become both the most active theater of Syria’s war and an arena for competing regional and global powers.

The government and mainstream rebel groups, which between them hold most of Syria’s western, most populous, regions, have focused on their battle for control of Aleppo, Syria’s biggest city before the war, and a strategic prize.

But to the north and east, a secondary conflict has played out as U.S.-backed Kurdish fighters and Turkey-backed rebels, who are also fighting each other, have squeezed IS’s once expansive tracts along the Turkish border and Euphrates basin.

These advances have all but cut off Islamic State from its last foothold on the Turkish border, its link to new foreign recruits, while a steady push from the north has brought its enemies to within 18 miles of its Syrian capital Raqqa.

But these strategic setbacks are not Islamic State’s only interest in the Aleppo countryside: just 18 miles northwest of al-Bab, where Adnani was reportedly killed in an airstrike after arriving to tour the battlefield, is the village of Dabiq.

A few streets surrounded by fields, it will be the site, says an Islamic prophecy, of a final battle between Muslims and infidels that will herald the apocalypse.

So important is this event in Islamic State propaganda, of which Adnani was the chief, that Dabiq was the name chosen for its online magazine that sought to inspire new recruits to its terror cause and instruct them in the ways of global jihad.

Hammered by two years of U.S.-led coalition air strikes and military losses on the ground, Adnani increasingly called in audio messages for attacks against the United States and Western countries. His group said it was behind deadly attacks in Paris, Nice and Brussels.

The shift was partly born of tactical necessity after Western and regional governments made it harder for would-be militants to travel to Syria or Iraq to join the group.

“If the tyrants close the door of migration in your faces, then open the door of jihad in theirs and turn their actions against them,” he said in an audio clip.

Born in 1977 as Taha Subhi Falaha in Syria’s Idlib Province southwest of Aleppo, he pledged allegiance to Islamic State’s predecessor, al-Qaida, more than a decade ago and was once imprisoned by U.S. forces in Iraq.

He left Syria to travel to Iraq to fight U.S. forces there after its 2003 invasion, and only returned to his homeland after the start of its own civil war in 2011, a person who knew his family said. A biography posted on terror websites says he grew up with a “love of mosques” and was a prolific reader.

A U.S. counter-terrorism official who monitors Islamic State said Adnani’s death would hurt the terrorists “in the area that increasingly concerns us as the group loses more and more of its caliphate and its financial base … and turns to mounting and inspiring more attacks in Europe, Southeast Asia and elsewhere.”

Hisham al-Hashimi, a Baghdad-based security analyst that advises the Iraqi government on IS affairs: said: “As a military target, Adnani is less important than (ex war minister Omar) al-Shishani … (killed earlier this year in Iraq). His death is mainly a blow to their morale, he is the one who inspires the fighters to join in Syria.”