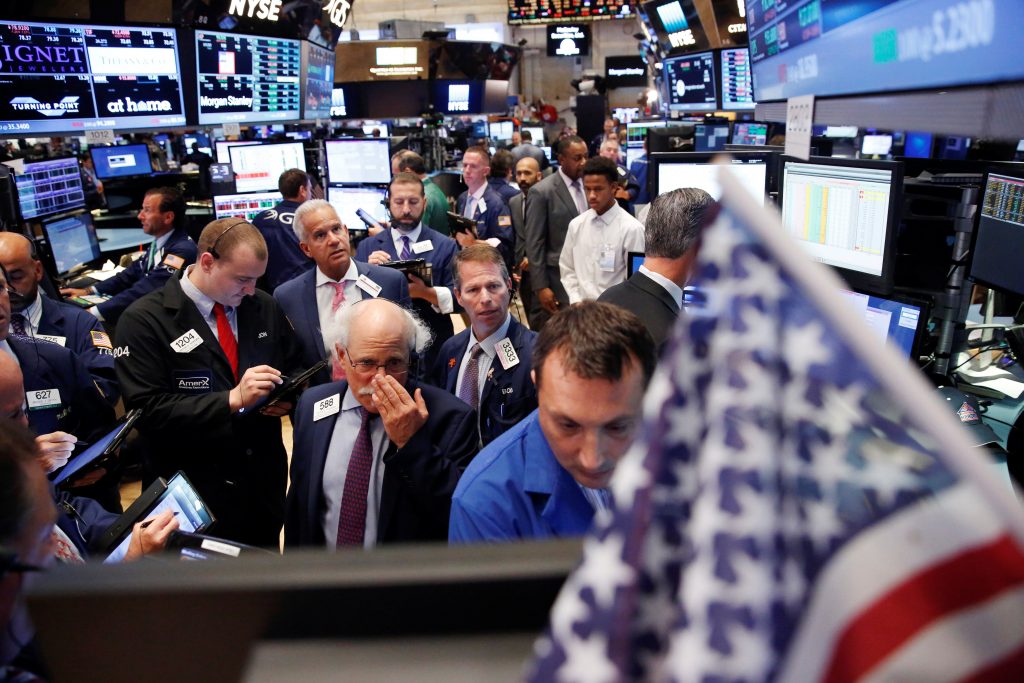 Investors continue to wait to see where the Federal Reserve will move interest rates later this year, with the next key piece of data coming later this week with the August jobs report.

Trading was extremely light, with the market on pace to have its slowest trading day so far this year.

DEAL’S OFF: Hershey fell $12.42, or 11 percent, to $99.25 after snack food company Mondelez International said it was walking away from its proposal to buy Hershey for roughly $25 billion. Mondelez, which makes Oreo cookies and other snack foods, initially proposed to buy the company earlier this summer, but Hershey is a notoriously difficult company to propose mergers with since the majority of the shares are controlled by a non-profit organization.

TAXMAN COMETH: Apple fell $1.08, or 1 percent, to $105.74 after the European Union ruled that it has to pay $14.5 billion in back taxes to Ireland. Both Apple and Ireland said they would appeal the decision, which is the EU’s latest and most aggressive move in its campaign to have multinationals pay a fair tax rate.

JOBS: Investors are awaiting the Labor Department’s monthly jobs survey on Friday for signs on whether the U.S. economy remains on solid footing. Economists expect employers added 182,500 jobs in August and that the unemployment rate fell slightly to 4.8 percent.

A strong jobs report would give the Federal Reserve additional ammunition to raise interest rates either at its September meeting or later this year.

The U.S. dollar has risen noticeably since Friday, after Fed Chair Janet Yellen and the bank’s vice chair both said the U.S. economy could handle higher interest rates this year.

UNDER NEW MANAGEMENT: United Continental rose $3.97, or 8.5 percent, to $50.92 after the company announced it was hiring a former American Airlines executive, Scott Kirby, to become United’s new president and take over the day-to-day operations of the company.

BONDS: Bond prices were mostly unchanged. The yield on the 10-year Treasury note edged up to 1.57 percent.