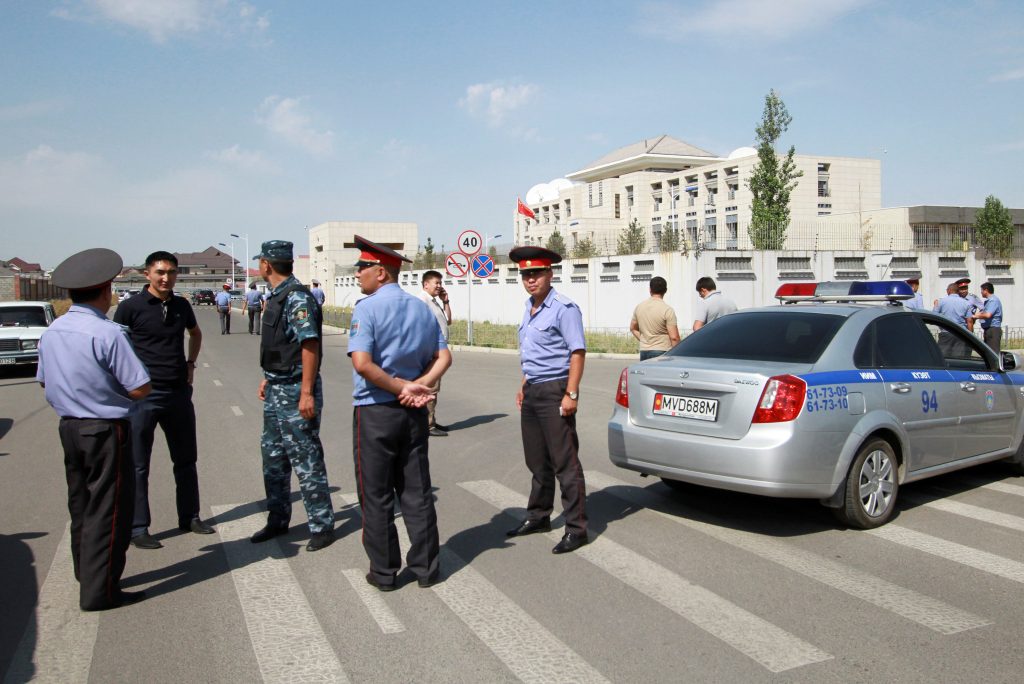 A suspected suicide bomber rammed the gates of the Chinese embassy in the Kyrgyz capital Bishek on Tuesday, killing himself and wounding three others, officials said.

An Interior Ministry spokesman said the car exploded inside the compound and quoted Deputy Prime Minister Janysh Razakov as describing the blast as “a terrorist act.”

Police, who cordoned off the building and the adjacent area, and the GKNB state security service said they were investigating the incident, which occurred around 10:00 local time.

An anti-Chinese militant group made up of ethnic Uighurs is also active in the region. In 2014, Kyrgyz border guards killed 11 people believed to be members of that group who had illegally crossed the Chinese-Kyrgyz border.