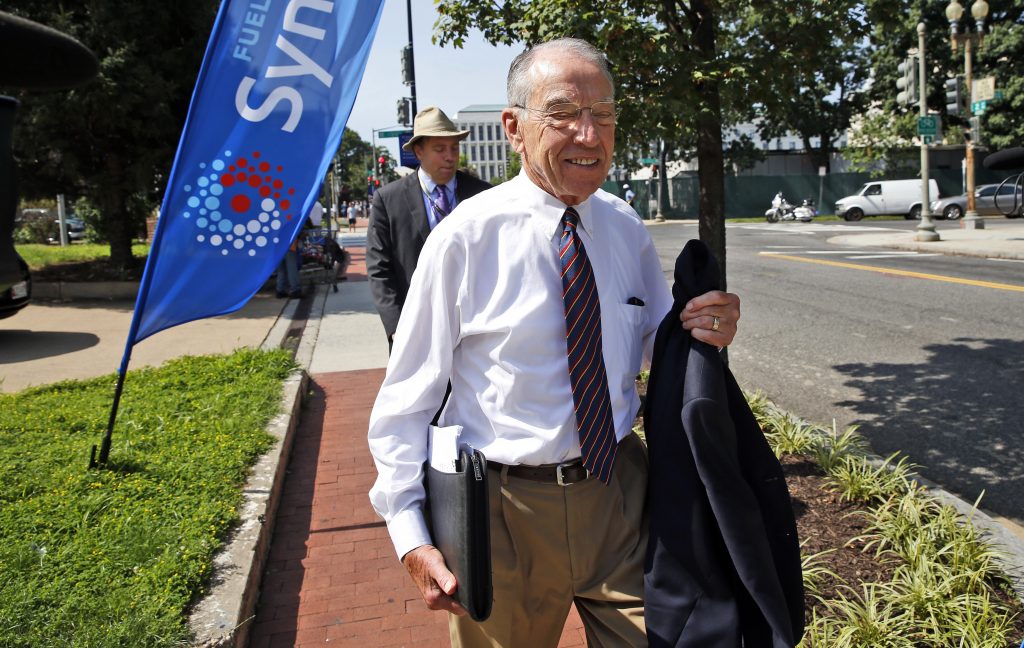 Republican leaders have pledged not to take up the nomination of Judge Merrick Garland, though a few senators have raised the possibility of a hearing or confirmation vote during a lame-duck session, between Election Day and when the new Congress is seated in January.

Obama nominated Garland, currently the chief judge on the U.S. Court of Appeals for the District of Columbia Circuit, on March 16 to replace the late Justice Antonin Scalia.

“(If) we have the election and the majority of the Senate changed their mind about doing it in the lame duck as opposed to January 20, I don’t feel that I could stand in the way of that,” Grassley said at a town hall meeting in Iowa Monday. “But I don’t think I can promote that idea.”

The Democratic Super PAC American Bridge 21st Century captured video of Grassley’s comments at the meeting in Cherokee, Iowa. The Globe Gazette in Mason City, Iowa, also reported that Grassley made similar remarks at a meeting in Sioux City. Grassley reiterated his position that the next president should fill the court vacancy.

Shortly after Scalia died in February, Senate Majority Leader Mitch McConnell, R-Ky., said Obama’s nominee would not be confirmed, and that voters would decide the ideological direction of the court through the presidential election. Grassley concurred, and all of the Judiciary Committee’s Republicans signed a letter stating they would not hold hearings on a Supreme Court nominee until a new president takes office.

But some within the GOP, most notably Sen. Jeff Flake of Arizona, are considering pushing for Garland’s confirmation should Democratic nominee Hillary Clinton win the White House in November. The thinking is that Clinton would nominate someone who is more liberal than Garland.

McConnell has argued that Garland is not a judicial moderate. But Grassley’s recent comments indicate that the Judiciary Committee could act on its own, hold hearings and vote on the nominee.